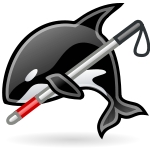 3. Getting Orca and Its Dependencies

Orca and its dependencies are already included in many distros. For more information and/or to get the code, please see the following:

Pick your favorite application and set up an environment in which the only variable is that app, and where you can have multiple versions of that app co-existing simultaneously. Then use the most bleeding-edge version of that app as often as you can.

When something breaks, do the following:

We spend far more time doing the above than we do fixing the problem -- or reporting the problem to the developers who need to fix it when the bug is not within Orca. If you can identify the precise point when something broke *and* identify what exactly changed (e.g. the new/different at-spi event), it would help the Orca team out tremendously.

4.2. Fixing Bugs in Applications and Toolkits

Developers interested in helping out can implement and/or fix accessibility support in applications and toolkits. Here are some bugs Orca users need fixed:

Developers who are skilled in speech synthesis development/refinement would be greatly appreciated in contributing to make eSpeak more human-sounding. See the documentation on adding or improving a language in eSpeak for more information.

Try testing your favorite application by using ONLY the keyboard. If an application is not fully keyboard navigable, it will be much harder for Orca users to use.