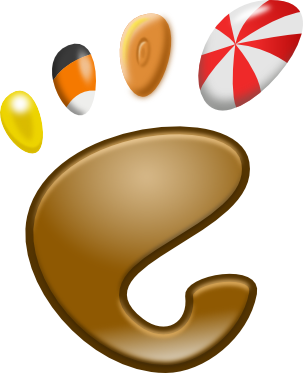 SweetTooth is a project to help improve GNOME3 extension infrastructure, and to try to reshape the user and developer stories. The goals include:

These goals are realized by patches to GNOME Shell and the rest of the GNOME stack when necessary, as well as a new web-based tool inspired by web sites like addons.mozilla.org and the Android Marketplace.

Users should be able to install and enable/disable extensions directly from the web UI. The way that this is done is with a custom browser extension (or deprecated NPAPI plugin shipped with the Shell before version 3.32) that exposes very basic DBus methods.

The fact that extensions are running arbitrary code makes it extremely difficult to do this without a centralized repository -- we want to secure the user and make it known that extensions in our repository are code reviewed to make sure they aren't malicious. Because of this, the automatic extension installation feature should only work on extensions.gnome.org. For extensions in other places, users will be required to download and unzip the files manually.

Reviewers review submitted extension code and make sure it does nothing malicious. Right now this is downloading a .zip file containing the extension and reviewing it, but Splinter may be integrated in the future.

The only reason an extension should ever be rejected is because of either malice or of sufficiently poor code quality where a blind look at the code can't determine whether it is malicious. Common judgment should be used. Reviewers are not allowed to reject extensions for brand or UX issues (e.g. "extensions aren't allowed to add to the top panel" is not a valid rejection).

Developers should be able to build, test, package and upload their extensions all from the command line. If their extension causes problems, gets rejected, or gets a low rating, the repository should email them with correct information and steps to take to resolve the issue.

Additionally, we should try to start making our libraries abort less. GSettings is the infamous example: we don't want a random extension developer to scratch his head, wondering why his extension makes the shell abort. While fixing the library should come first, we have several other options here:

The function in (validity-check) would have to return a gboolean and take one argument -- the argument the annotation is specified. This allows some code like g_return_if_fail (g_dbus_is_address (address)); to not abort binding languages.

The gobject-introspection parser here could pick up these macros in the body of the function, and create automatic validity checks for them before calling the function. This means that we do validation for both introspected languages *and* C with very little effort (not that it required that much effort in the first place)

We want to portray through things like art and copytext on the web site itself that the extensions themselves are unsupported by GNOME itself. However, we need to ensure and portray three things: