Note: this proposal is now obsolete.

Well, that would be pretty cool. What could this look like? 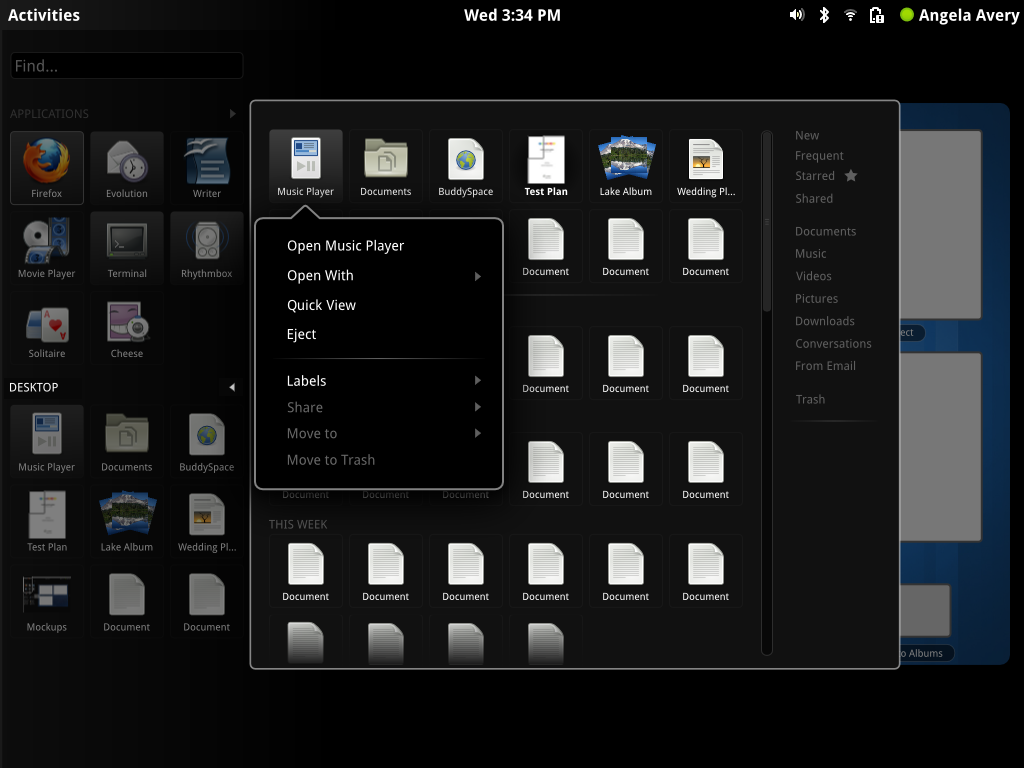 What is going on here?

Essentially it is a representation of the following schematic:

If things aren't pinned into the Desktop they will gradually fall down the view until they safely drop out the bottom into the Archive.

Items may be filtered by any number of labels. A useful set of labels would be provided by default but users may add their own as well. Items may be starred to denote relevance or whatever meaning the user wishes to assign to that designation.

What about the spatial metaphor?

It has been shown that the efficacy of location based information retrieval falls off rapidly after 10 items. The method breaks down entirely once the limit of space is reached. Which happens more often than not in an information rich environment. Furthermore, it may be argued that static location based wayfinding may not be a particularly effective approach in a dynamic and scalable interface. Your office desk doesn't change size and rearrange on its own. Your computer screen and windows do.

That is not to say that it doesn't or can't serve some role in retrieval. But it likely won't be the primary factor in either recallability or recognizability of items. And shouldn't be relied upon.

In the Tulving and Thompson formulation, it is just one part of the "encoding conditions" that may cue or assist retrieval.