Gnome keyring has many parts which work together to provide the services related to certificate, key, and secret storage. Below you'll find an overview image of how things work together, and after that a breakdown of each component. 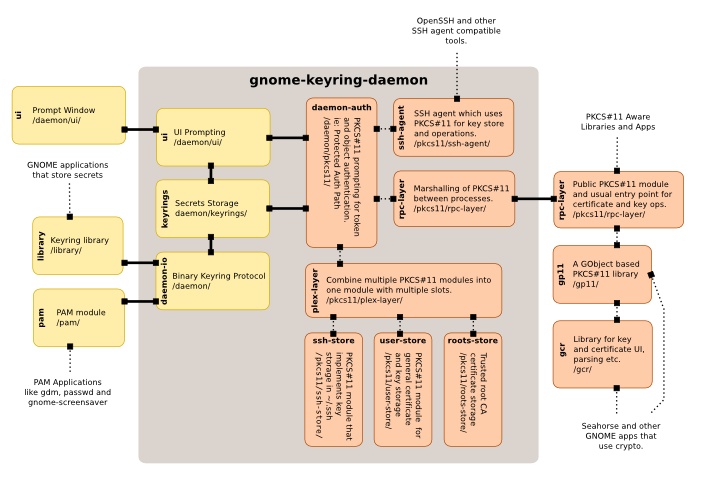 Loads and authenticates various PKCS#11 components running inside the daemon.

A public library that implements UI bits for certificates, keys, and does parsing, importing and related operations.

A public library with GObject based bindings for PKCS#11.

A PAM module which starts the daemon and unlocks the 'login' keyring.

Marshalls PKCS#11 API between applications and the daemon. Consists of a server component, and a public module loaded by applications.

A writable PKCS#11 module that stores certificates and keys.