RAW development is a central part of many photographer's workflow. There are several programs that offer photo mangement features and several developers, but none of them do both tasks in a user-friendly but powerful way. So, following UNIX tradition, I suggest a integration of the available RAW developer software into f-spot, a GTK photo manager.

The first version of this software, developed during Google Summer of Code 2013, is now available for download as a f-spot extension.

Currently, the following programs are supported:

F-Spot already understands the concept of photo versions. This is leveraged in the implementation of this functionality. Each external development corresponds to a new photo version. A patch has been submitted to Rawstudio for this to work, implementing the same commandline interface as UFRaw. 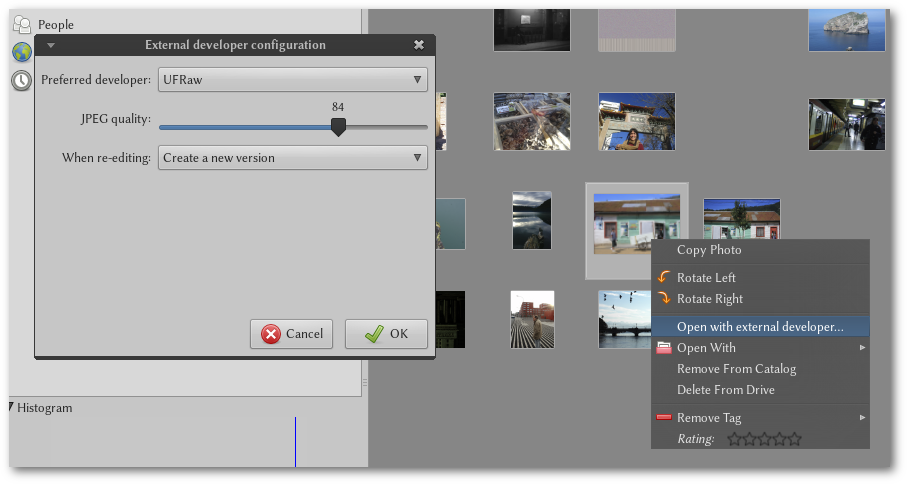 Other stuff done during GSoC 2013

Since the implementation of the f-spot external RAW developer interface took less than expected, I had time to work on other f-spot parts. Additionally, during this summer of code, lcms2 support, needed for debian-derived distros and OpenSuSE was added to the project. This is currently in testing. Also, a windows port of the program is being considered, but is outside the scope of this summer.