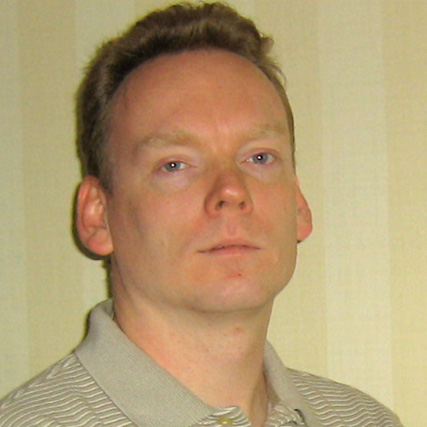 Waldo Bastian is chairman of the OSDL DTL technical board. He works for Intel Corporation as a Linux Client Architect in the Channel Platform Solutions Group. Before joining Intel in 2005, he worked for SUSE/Novell where he led the Desktop team within SUSE Labs. As a long-time contributor to the KDE project, Waldo has been involved with desktop Linux for more than seven years. Currently, Waldo is involved in the OSDL/freedesktop.org Portland project, which is defining a set of high-level APIs that allow applications to integrate more easily with the Linux desktop. Waldo is also a member of the OASIS OpenDocument TC. 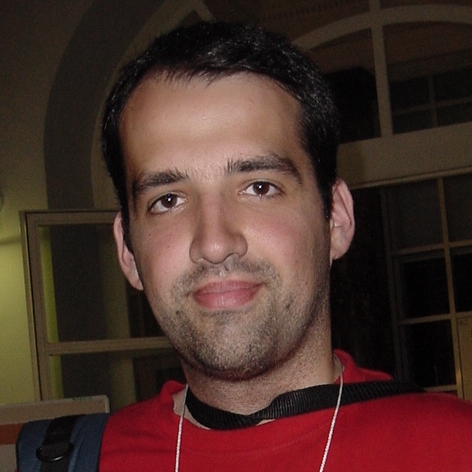 Juan was born in 1976 in A Corunha, Galiza (Spain). He graduated in software engineering at UDC (Universidade da Corunha) in 1999.

As a co-founder and member of Igalia, a company started in 2001 and devoted to free software development and research, he coordinates and participates in different free software projects, including Fisterra, started in 2003, which provides a framework for developing business management software with GNOME technologies.

Juan also teaches operating systems and programming technologies at UDC, and is just finishing his PhD with research in the area of formal verification of distributed software.

Juan has been a GNOME user and member of the community since 2001. In 2005 he was responsible for organizing the II Guadec Hispana. During the last few years has given talks and published articles in several international conferences, some of them doing GNOME and free software advocacy.

Miguel de Icaza is a free software programmer from Mexico, best known for starting the GNOME and Mono projects.

In 1999, Miguel co-founded Helix Code, a GNOME-oriented free software company with Nat Friedman, and employed a large number of other GNOME hackers. In 2001, Helix Code, now renamed to Ximian, announced the Mono project, a project led by de Icaza, to implement Microsoft's new .NET development platform on Linux and Unix-like platforms. In August 2003, Ximian was acquired by Novell.

Miguel has received the Free Software Foundation 1999 Free Software Award and the MIT Technology Review Innovator of the Year Award 1999, and he was named one of Time Magazine's 100 innovators for the new century in September 2000. 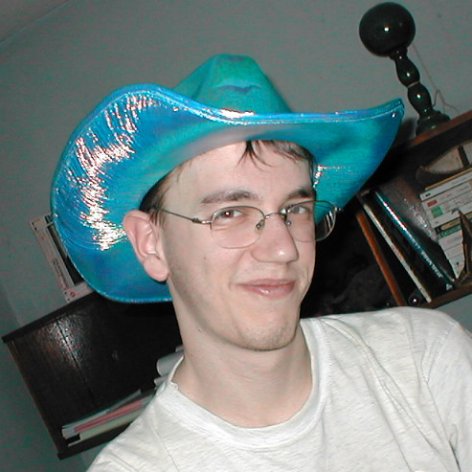 When he's not working on his thesis, Vincent Untz is an active Free Software enthusiast, GNOME and Ubuntu Desktop lover, and advocate. Rumours say Vincent started contributing by triaging bugs for the GNOME Bugsquad, before becoming the maintainer of various GNOME modules. However, he finds it's simpler to declare he is a "touche-à-tout", working in various (some say random) areas of the desktop. Vincent Untz is also trying to cure his coding addiction, by holding positions such as GNOME Foundation director (2006), founding president of GNOME-FR (2005-2006), member of the GNOME Release Team, initiator and editor of the Ubuntu Desktop News, or chairman of the GNOME Foundation Membership Committee (2002-2005). Vincent is still pushing French as official language for GNOME and Ubuntu, and hopes to succeed really soon now. 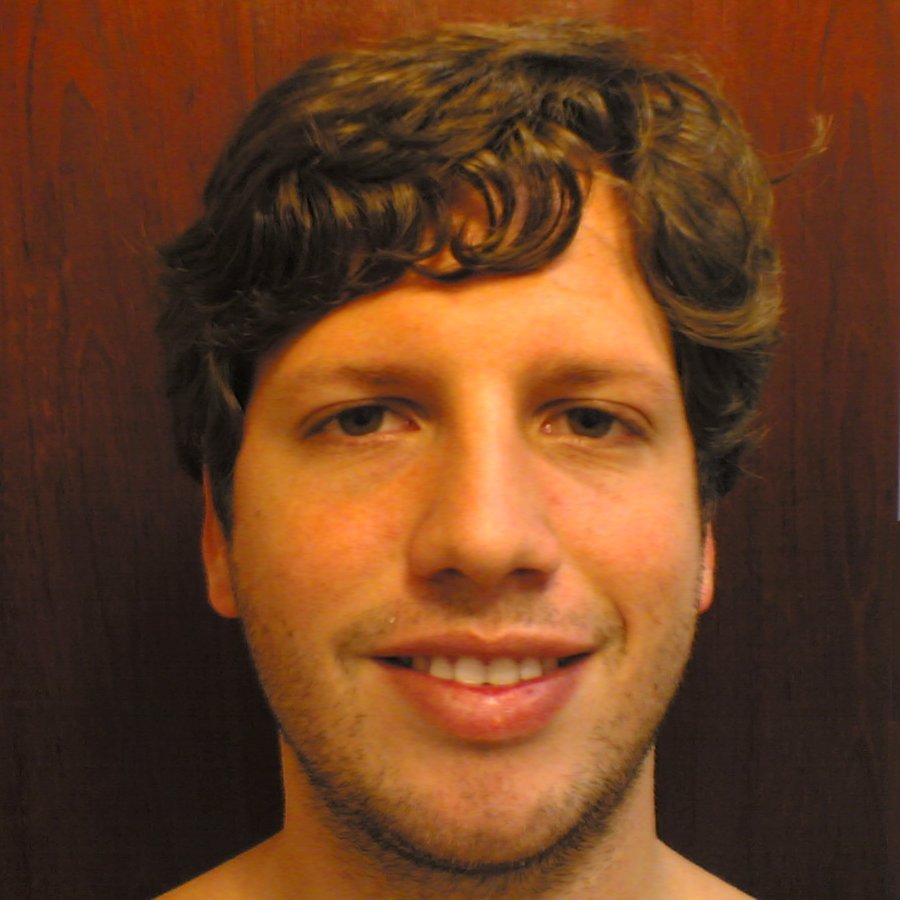 Gustavo has been a member of the free software community since 1999, with patches accepted by a string of projects, among them MPlayer, FFMpeg, KDE, Freevo, and PyGTK/Kiwi.

Gustavo is now working with Python and GTK to improve Eagle, his library atop GTK, to make things a bit easier. 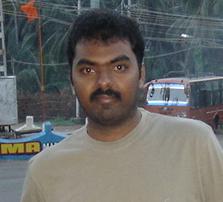 Srinivasa Ragavan started his career with Novell working on the BIND DNS Server on Netware and later moved to Apache on Netware. In 2004, he moved to the Desktop Division at Novell and started contributing to GNOME. He has contributed to many modules in GNOME, like gnome-panel, evolution, and nautilus. He was hacking OpenOffice.org for almost a year, before he started hacking Evolution. Srinivasa currently maintains the UI in Evolution. He also runs a program called NOSIP (Novell Open Source Internship Program), in which he works with college students and helps them contribute to GNOME related projects. 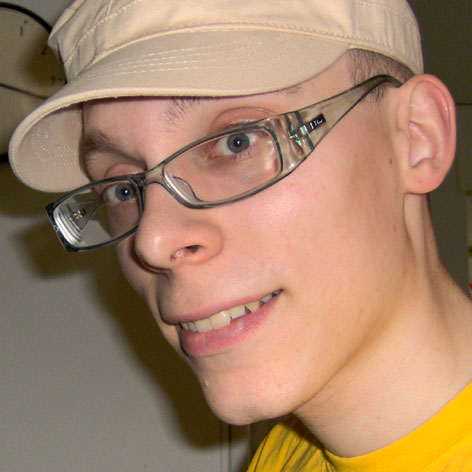 Erik Karlsson has been using GNOME as a development environment since version 1.0. After working some years on Symbian and Windows platforms, he realized that there are also companies that actually pay for working with GNOME. Currently he is working at Nokia with the Maemo platform.

Kai Vehmanen works as a research engineer at the Networking Technologies laboratory at the Nokia Research Center in Helsinki, Finland. His current main focus is the open-source Sofia-SIP project and SIP in the Telepathy framework. Outside work at Nokia, Kai has been an active member of the Linux audio development community, and especially the Ecasound and JACK projects. 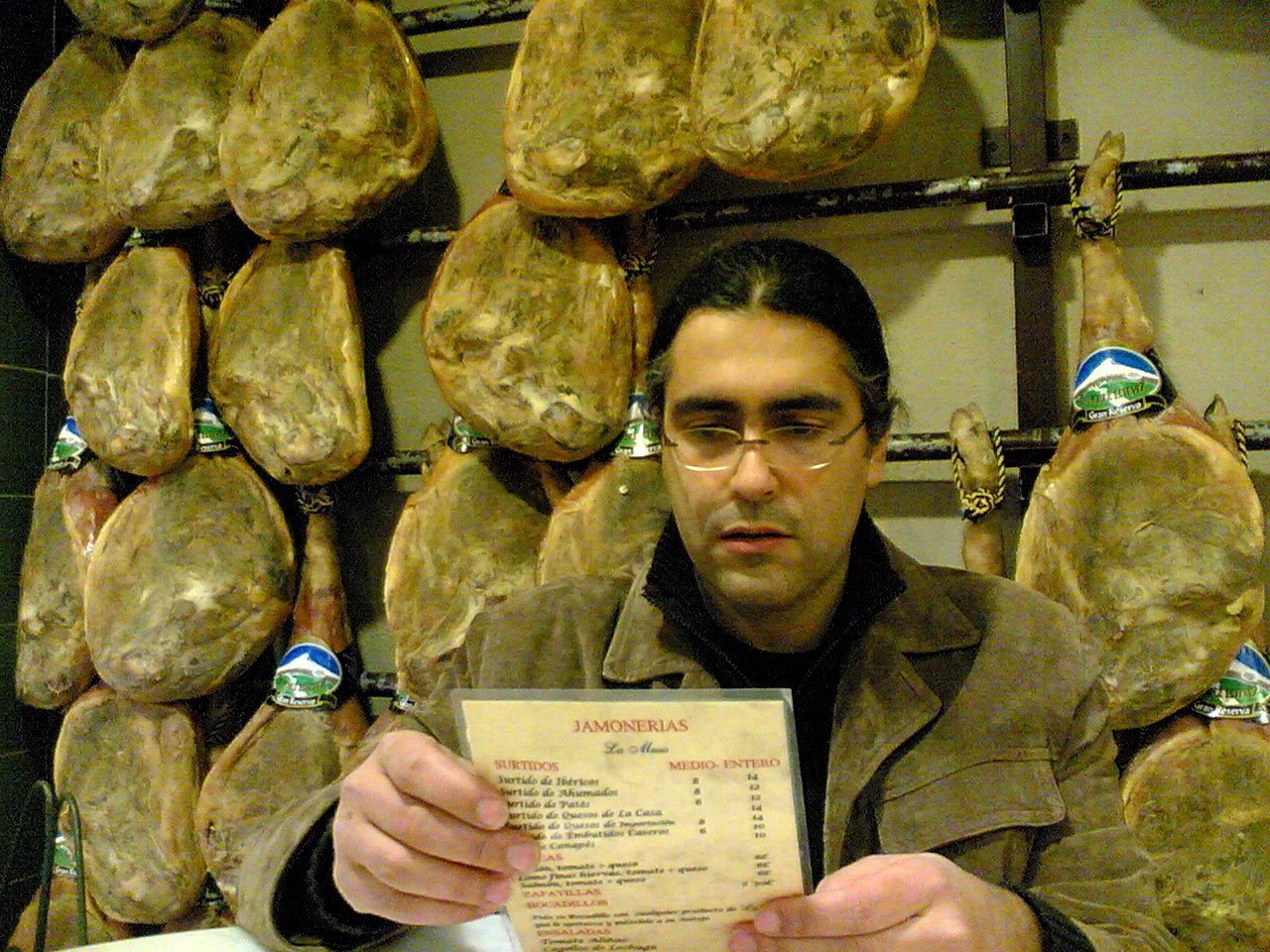 Carlos Guerreiro leads a software R&D team at Nokia Multimedia responsible for the GNOME-based Hildon Application Framework used by both Maemo and in turn the Nokia 770 Internet Tablet. He holds an MSc in Computer Science from Universidade Nova de Lisboa, in Portugal. Before relocating to Helsinki to join Nokia in 2001, he worked as a freelance developer in Portugal on various computer graphics and GIS software projects. His current interests are in the use and development of Linux and free software in handheld devices. He is also keen on using GUADEC as an opportunity to make up for lost time by getting stuffed on Spanish delicacies. 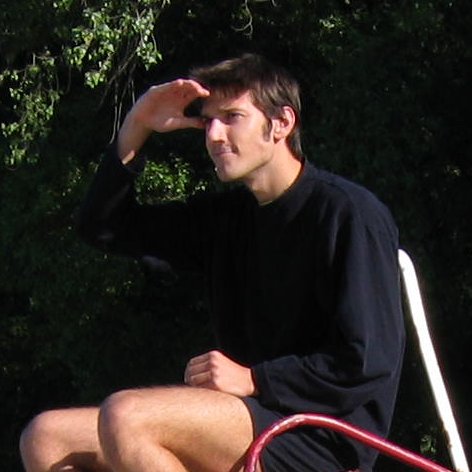 Danilo is one of GTP (Gnome Translation Project) spokespersons, and also a comaintainer of intltool and author of xml2po part of gnome-doc-utils: two core pieces of i18n infrastructure in Gnome. He has also recently developed the new status pages for Gnome docs and l10n, and many simpler l10n-related tools.

In his time away from computers, he's a student of Mathematical Faculty in Belgrade (major in computer science, so not really away from computers), and enjoys a lot of beach volleyball whenever it's sunny in Belgrade. He prefers homemade apricot brandy over any kind of beer, and doesn't drink coffee, so nobody knows what keeps him awake at nights.

Dave Neary has been around free software since the moment in 1996 when he hit page-mode addressing issues in Windows 95, and a good friend told him things were easier on unix. The same friend, two weeks later, noticed that the only program Dave was running natively on his windows desktop was an X server - and he persuaded Dave that life would be better with Linux.

Since then, Dave has worked on Gnect, where he learned the intricacies of coding with GTK+; the GIMP, where he was release manager for a while and got the GIMP under the GNOME Foundation umbrella; and now GNOME, as a member of the board of directors, GUADEC organiser, and for the past couple of years as a core member of the marketing team.

As a mover and shaker, Dave is particularly looking forward to the GUADEC Jam and the football tournament at GUADEC. 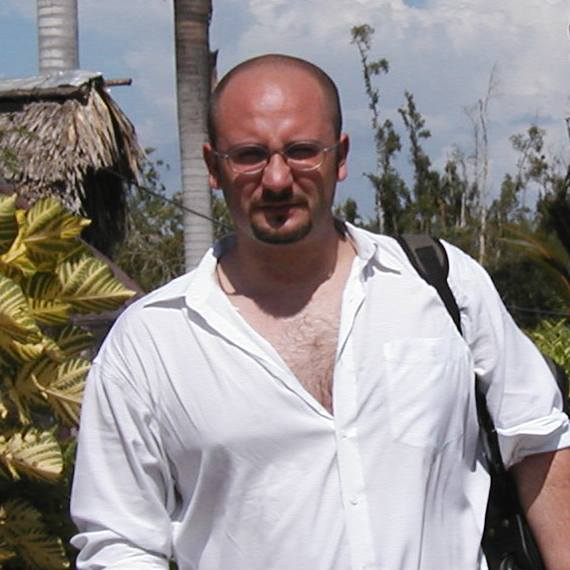 Yannick Pellet is currently heading Application Development inside Nokia’s OSSO (Open source Software Operations). His team developed the complete application set for the Nokia 770 Internet Tablet, and maemo. Early on in his career, Yannick participated in the first experimental development of a low-bitrate video telephony protocol on embedded mobile terminals.

In 2002, Yannick was part of a team of specialists inside Nokia whose aim was to analyze the usage of open source and Linux on embedded devices in a corporate environment; he has been involved in open source activities around embedded Multimedia and GStreamer such as the DSPGateway.

Recently, Yannick has been concentrating on growing the OSSO open source activity in application development and working on the new editions of the 770 and maemo, particularly promoting the development around VoIP and IM and the Telepathy real-time communication framework.

Yannick holds a MSc in Aeronautic and Electronic engineering from the Ecole Nationale de L’ Aviation Civile, in France.

Elijah Newren is a doctoral student in mathematics (studying computational biofluid dynamics) with an unhealthy addiction to Gnome. He got sucked in by one of Luis Villa's Bug Days many years ago, and has been trying to draw others into this amazing Gnome community with him ever since. He serves as a bugmaster, a co-maintainer for libwnck and metacity, and as a release team member; he has also dabbled in a bunch of other Gnome projects. 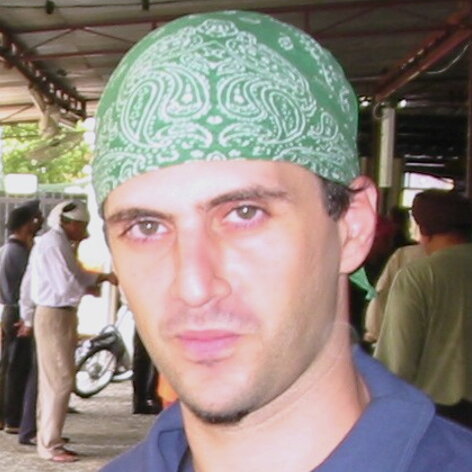 When he should be working on his thesis, Simos Xenitellis is instead involved in the GNOME Translation Project and the translation of GNOME to the Greek language (since 1999). He is a free software advocate, an Ubuntero, and a Fedora Ambassador. Simos helps out in the update of the multilanguage writing support in GNOME and advocates for the DejaVu fonts as the default ones in as many distributions as possible. He also assists in mentoring new translation teams for GNOME.

Having achieved good out-of-the-box Greek support in Ubuntu, Simos, along with a bunch of other Greek hackers, have set their sight on Fedora. In addition to this there is work on the Greek OLPC.

Simos Xenitellis holds a MSc in Information Security from the University of London and his PhD is on the same subject.

Daniel Holbach started working on Ubuntu about two years ago, when he should have focussed on his thesis instead. Having been a GNOME user for ages, he suddenly found himself next to Sébastien "seb128" Bacher and tried very hard to live up to Séb's example; managing GNOME in Ubuntu and working through huge piles of bug reports.

Apart from that, Daniel is involved in a lot of Ubuntu's teams and tries to make it as easy as possible for teams and their members to achieve whatever they're planning to do.

He lives in Berlin, enjoys Drum'n'Bass music, has a dog named Murphy, and started to read Harry Potter in the fourth language. 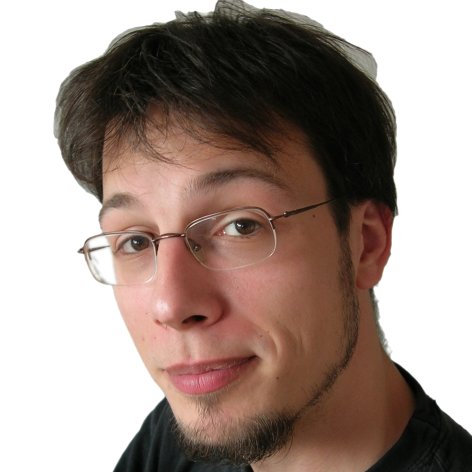 Edward Hervey is the main developer of the PiTIVi video editing software based on the GStreamer multimedia framework. Involved in GStreamer development since 2003, he is also the maintainer of the Python bindings and the GNonLin non-linear editing plugins for GStreamer. Apart from slicing videos with a Python knife during the day as a developer at Barcelona-based Fluendo, french-born Edward enjoys slicing cheese on bread the rest of the time.

Having felt the GNOME love early, Sébastien Bacher contributed to the GNOME project in various ways. As a Debian maintainer, he attracted attention with his work on GNOME packaging. Furthermore, he triaged bugs in the Debian world and for various GNOME modules.

Today he works on GNOME for Ubuntu, still packaging whole releases in a day or two and getting Ubuntu bugs into shape as well. He's one of the gnome-control-center module maintainers in GNOME and is as passionate as Vincent Untz about French as the primary Ubuntu and GNOME language.