Feedback And Ideas Discussed During City of Largo Presentation

In the case of Evolution, users frequently click on the arrow next to top level email folder and then don't know what they have done. From their point of view all of their email is gone. Evolution provides no UI hint or tooltip to alert them that sub-folders exist.

One suggestion was given to show part of the first sub-folder grayed out and always ensure that tooltips are provided. Mockup: 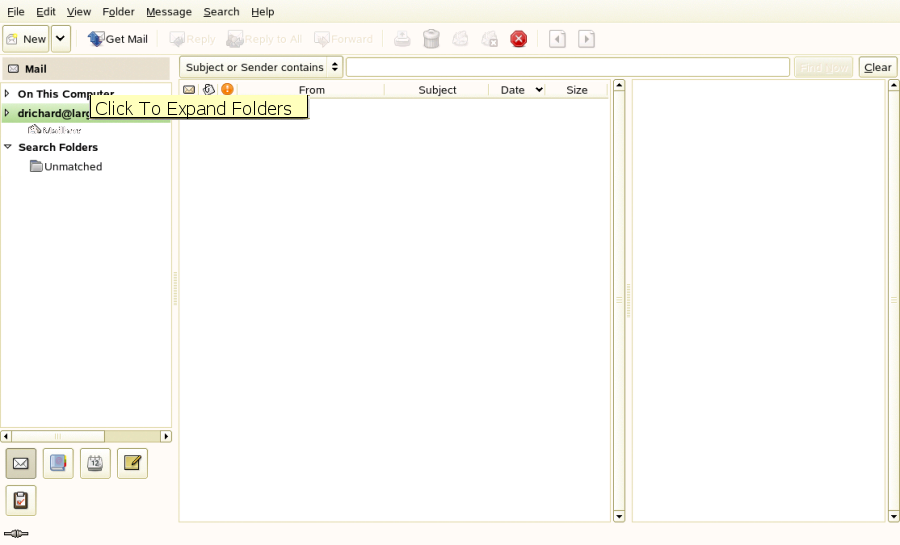 Because users tend to have problems navigating and moving files around, MIME bars were installed on the double-click at Largo to present them with all available file options. Users want to have step-by-step controls for moving files into other software products, and also want to perform headless printing.

The suggestion was to integrate this idea into Nautilus. gconf settings would be added so that advanced users would not even see these options. A single click would bring up the integrated MIME bar. Very probably there should be a gconf setting for number of ms to wait before bar appears. This would would make it appear that Nautilus is seeing that you are having trouble deciding what to do and offering some ideas.

First mockup below is the currently implemented MIME bar for Documents. The second mockup shows it integrated into Nautilus. 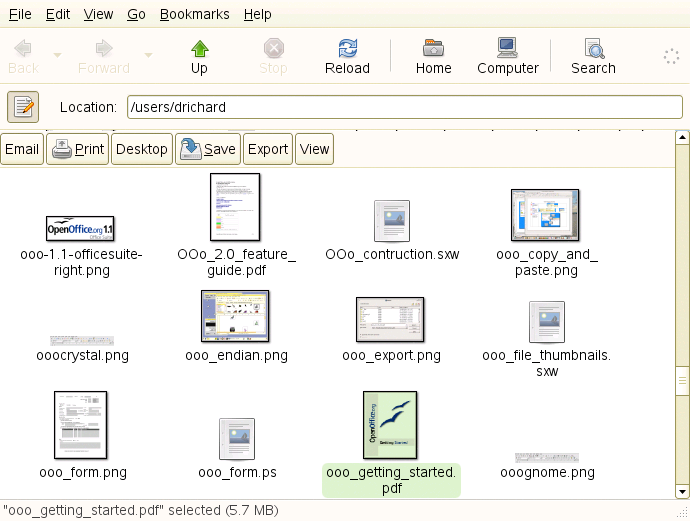 -OpenOffice supports headless printing, document is passed to the printer without opening the UI.

-Pictures can be converted to postscript using 'convert'

- PDFs can be converted with pdftops

Since it's been demonstrated that users have problems navigating, simple things like even inserting pictures into Evolution is difficult for many people. OpenOffice has the View >> Gallery option which loads all of your clipart the canvas and makes it easy to drop and drag. Programs like Evolution would benefit greatly from this same feature. 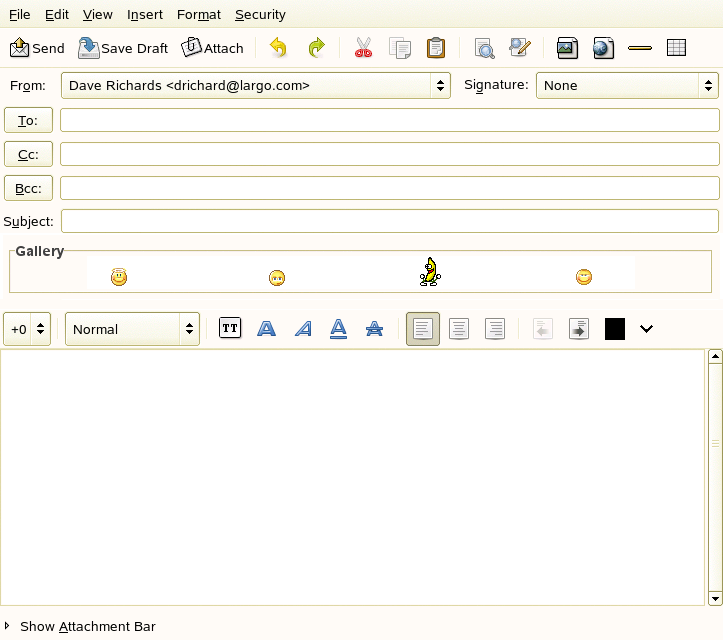 Not one user has figured out that in Evolution, File >> New Window meant opening another window with which to have multiple views running concurrently. They loved the idea of seeing Calendar, Address Book and Email at the same time; or on different sides of the compiz cube. Very probably the language should state something like 'Undock' or 'Float' instead of using the word 'Window'.

In cases where the UI can be split, alert them that it's possible without having to click through pulldown windows. Here is a mockup of an idea showing the upper right hand corner folded over and ready to undock. iPhone uses this type of symbol to alert you additional functionality. 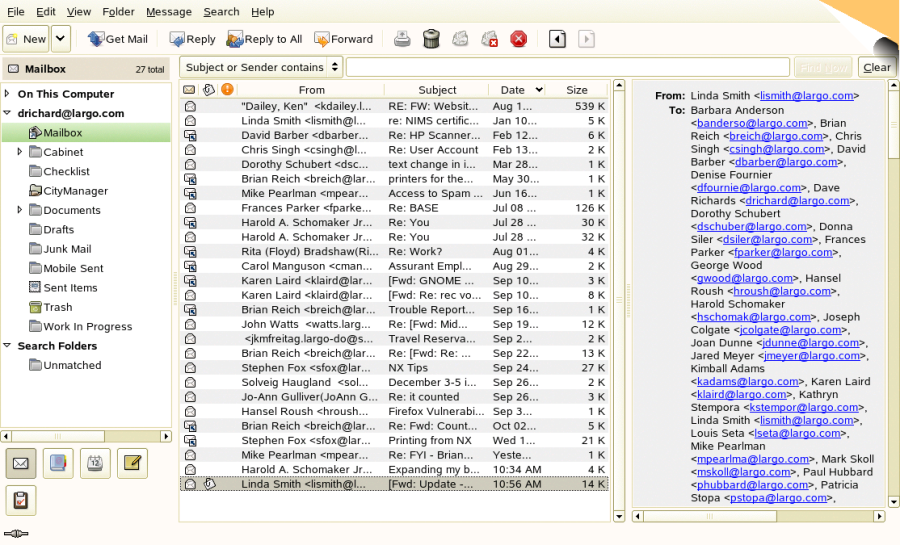 Often we can make a good guess at what a user is attempting to do based on their entry. If someone renames a file from foo.swx to foo.odt it's their expectation that this is being converted to OpenDocument. Currently, no attempt is made to assist them. Even worse is when they rename foo.odt to foo.doc thinking this will allow outside people to read the document in Word.

Possibly as is seen in the mockup, Nautilus can help.

Most programmers hate doing the printing portion of their code. It cannot be overstressed how important colors, boxes and having options are to users. They love to print and do so often. This culture is not going to change. Often the diversity of printing options is their favorite feature of software.

Instead of hard coding printouts, pass the fields to GTKPrint where they can be captured with multiple mid-level plugin templates. There are many of us that would be willing to build and contribute these types of files, all of which help the community. Below is a mockup of what users want to see when printing an address book from Evolution. 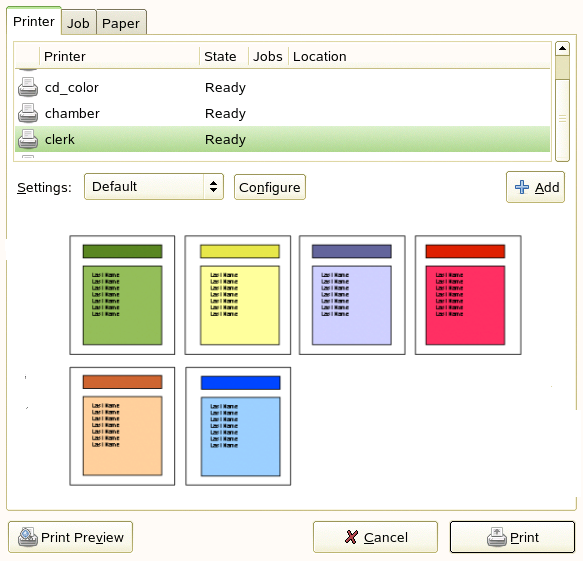 The plugin templates could be as simple as something like: