You heard right, that's “Thank You Pants”. The pants are an annual award given for outstanding service in the GNOME community. Why? Well, it's hard to say. You can only imagine the results of a Google search of the subject. 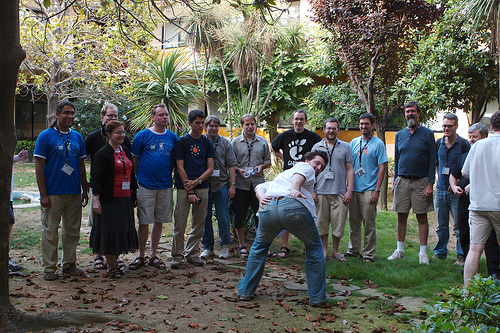 Most GNOME folks associate the original pants award with Jeff Waugh, pictured here enjoying his pants. Andreas Nilsson remembers that Jeff was the GNOME release manager at some point, and one day he got a package in the post. He opened it and found a pair of pants and a small letter that said something along the lines of, "Hi Jeff and thank you for your amazing work on GNOME, here is a pair of pants." Hmmm... well that explains it.

Former GNOME Executive Director Stormy Peters mentioned the award in a blog post in 2009, as an example of an “unexpected” reward. She cited a research study which showed that “unexpected rewards are better than expected rewards.” The study found that children who were promised a reward for their work did not produce as much results as children who expected no reward. Stormy thought that the contributors in the open source community were a perfect example of this finding, and that the GNOME Thank You Pants were just such an “unexpected reward”.

In my interviews with two of the past winners of the Thank You Pants, I learned how much these worthy recipients appreciated their unexpected reward. 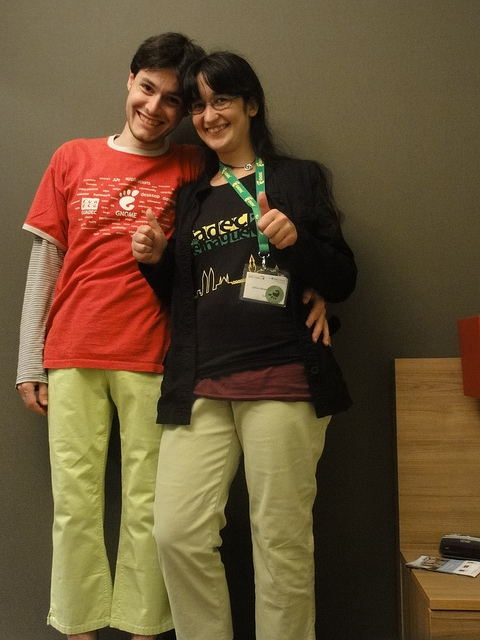 Gil Forcada and Silvia Miranda received the award in 2010. Gil answered a few questions about his experience.

What kind of contributions have you made to GNOME? I've been helping organize GUADEC since 2006, being a volunteer helping on the info desk and making sure everything goes as smoothly as possible.

I'm the Catalan coordinator for the Catalan GNOME translation. I also have a "seat" on the Coordinator Team for the GNOME Translation Project. From time to time, I help programming on Damned-Lies (the software that powers http://l10n.gnome.org).

Do you still work on the project? Yes! I love GNOME and I'm always thinking of things I would like to do to help improve it. But that thing called "job" keeps getting in my way. Still, I try to keep the Catalan translation as near 100% as possible.

How did it feel to win the prestigious Thank You Pants Award? I still feel ashamed of having received such an honor. Looking at the past winners I feel nothing compared to them. I was so shocked when they said our name that the one sitting next to me had to say, "Hey, it's you!!".

Did the pants fit? Yeah, the belt helped though 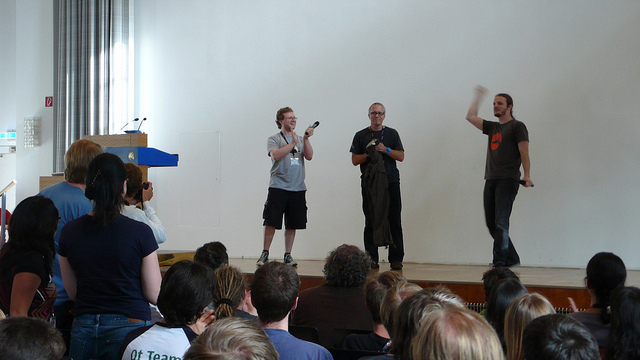 Matthias Classen was kind enough to speak to me as well. He won the award in 2011.

What kind of contributions have you made to GNOME? Maintaining GTK+/GLib for a number of years now, but also contributing across the desktop - with patches in almost every desktop component.

Do you still work on the project? Yes, very much.

How did it feel to win the prestigious Thank You Pants Award? Honored, but unprepared

Did the pants fit? Yes, I've even worn them to the office once!

So, there you have it. The pants are an unexpected, but highly admired reward for a job very well done... and you can wear them.