With Wayland/Weston a couple of things are now possible: 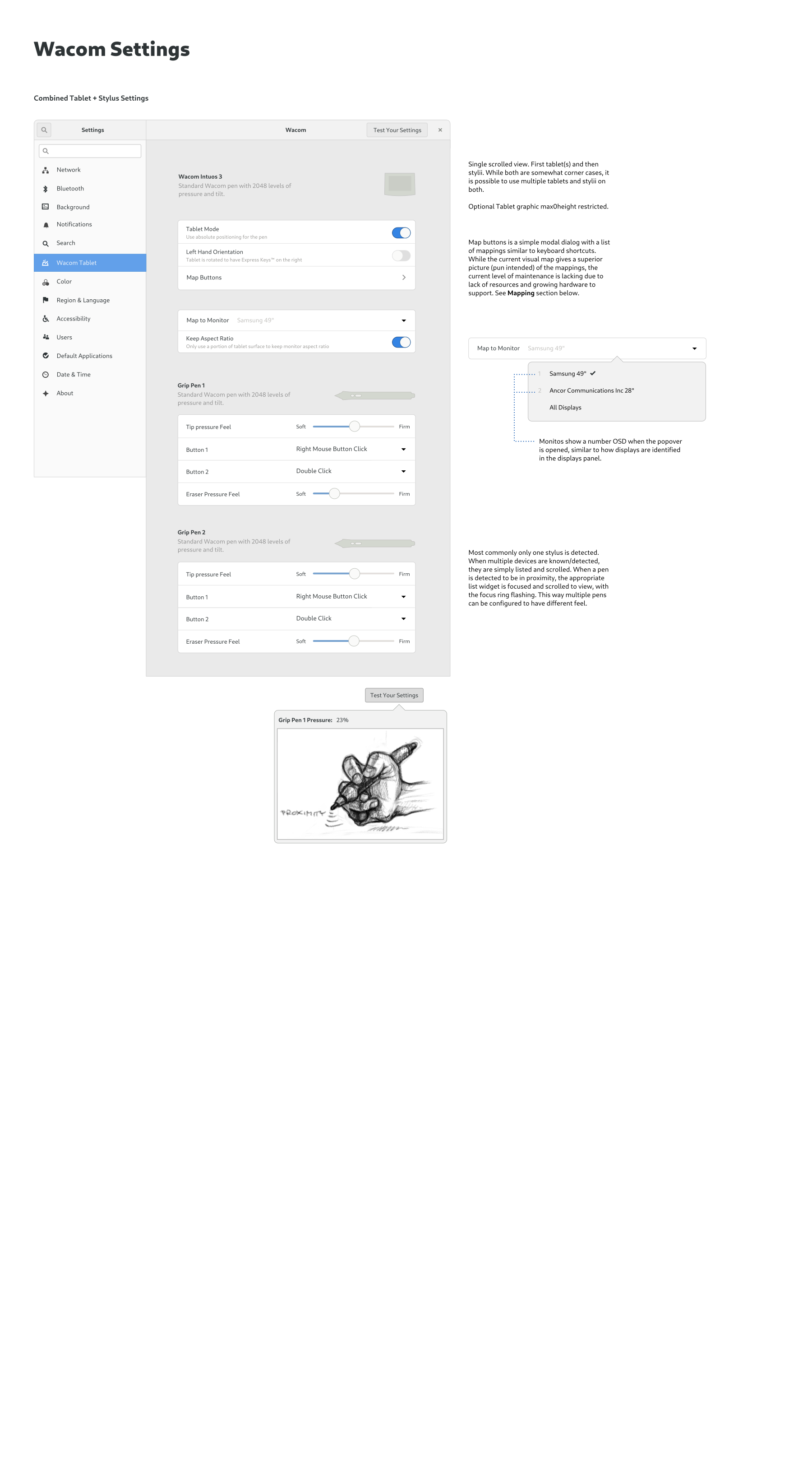 Typically tablets include a row of buttons of some sort, but also touchpad-like sliders and potentially fixed position knobs. Unlike in the current implementation, applications should expose functionality to map to those buttons, rather than having to abstract this through keyboard shortcuts. FIXME: Support non-tablet hardware for this as well? Game controllers/MIDI devices. 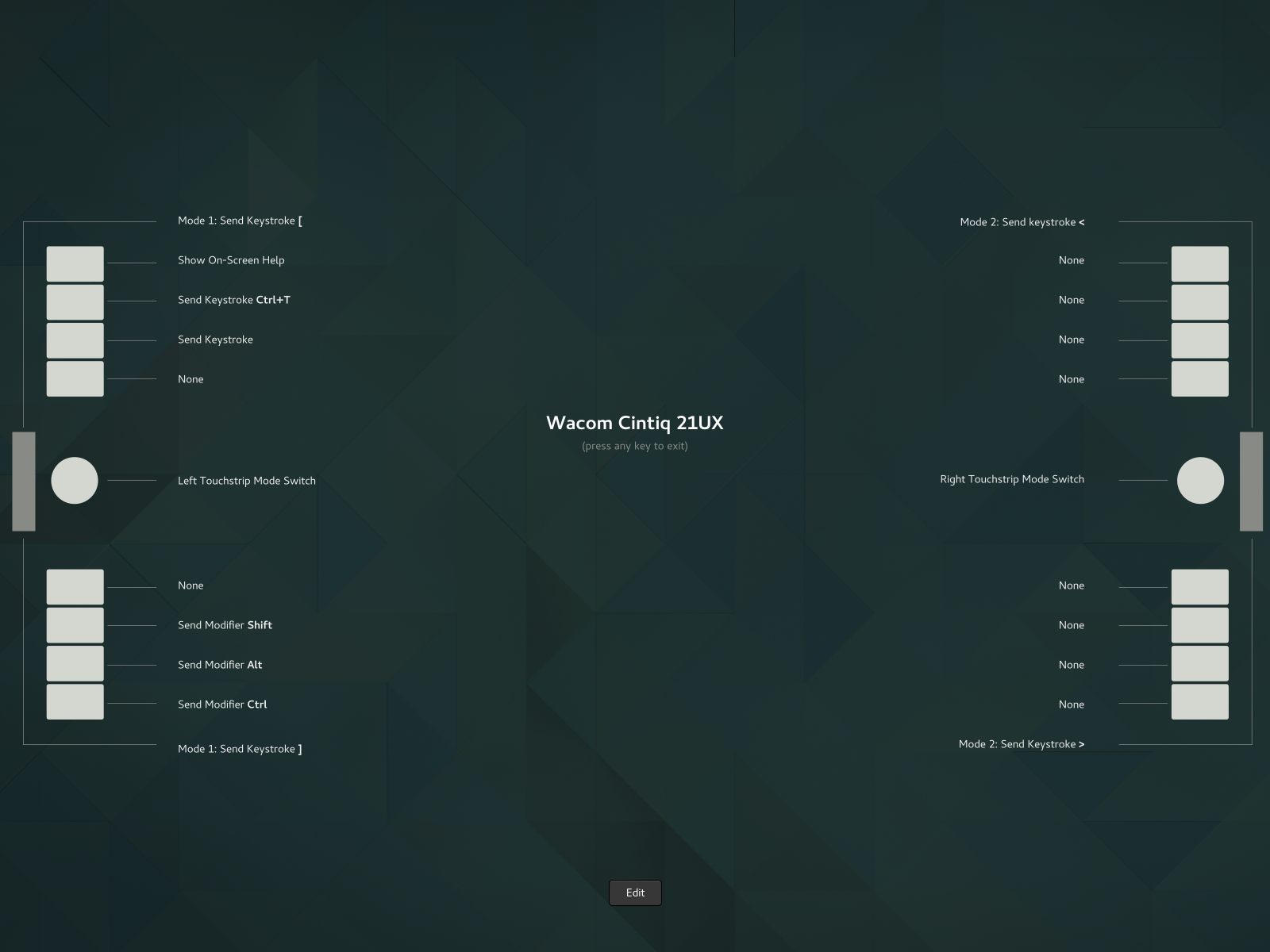 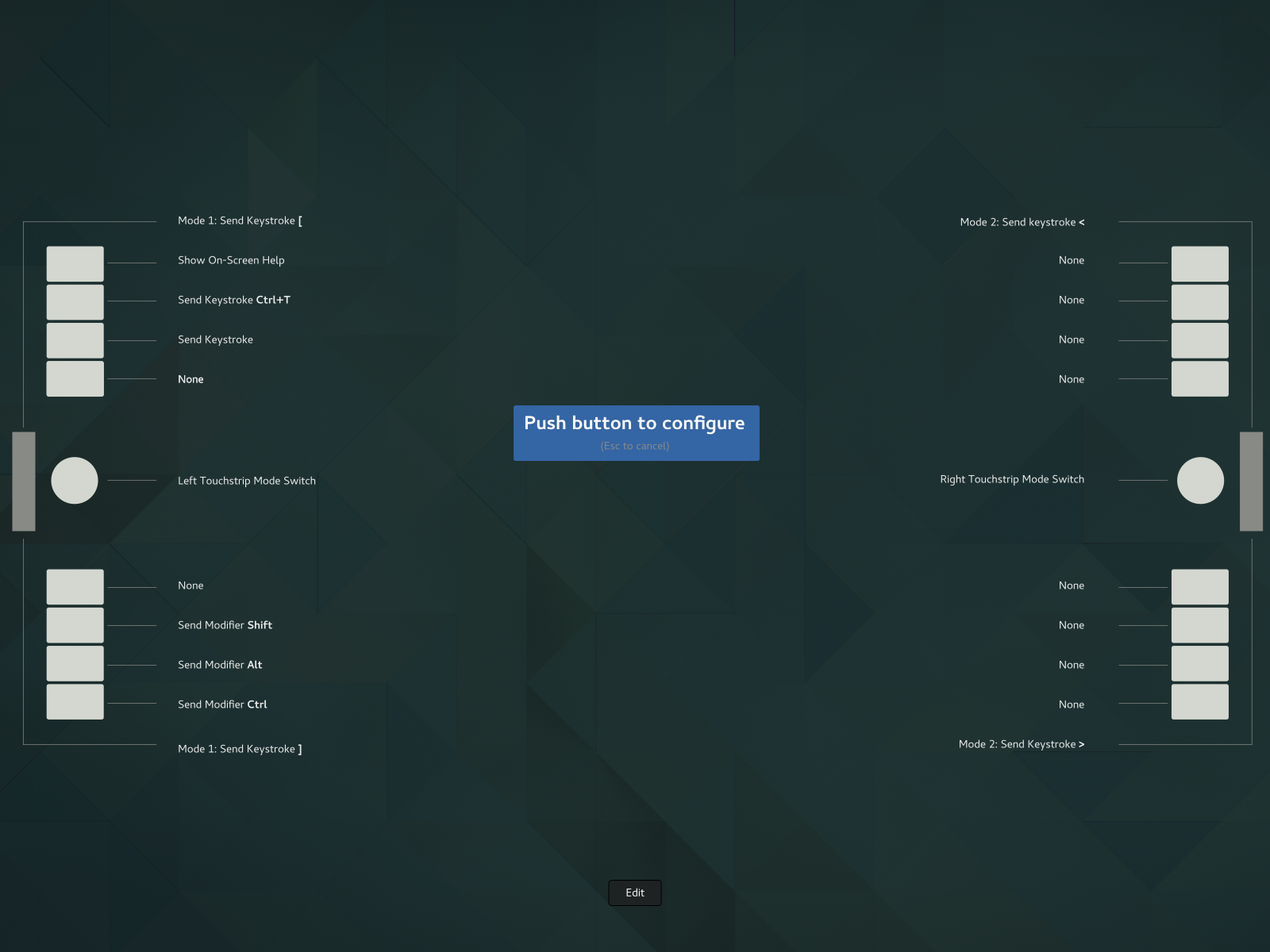 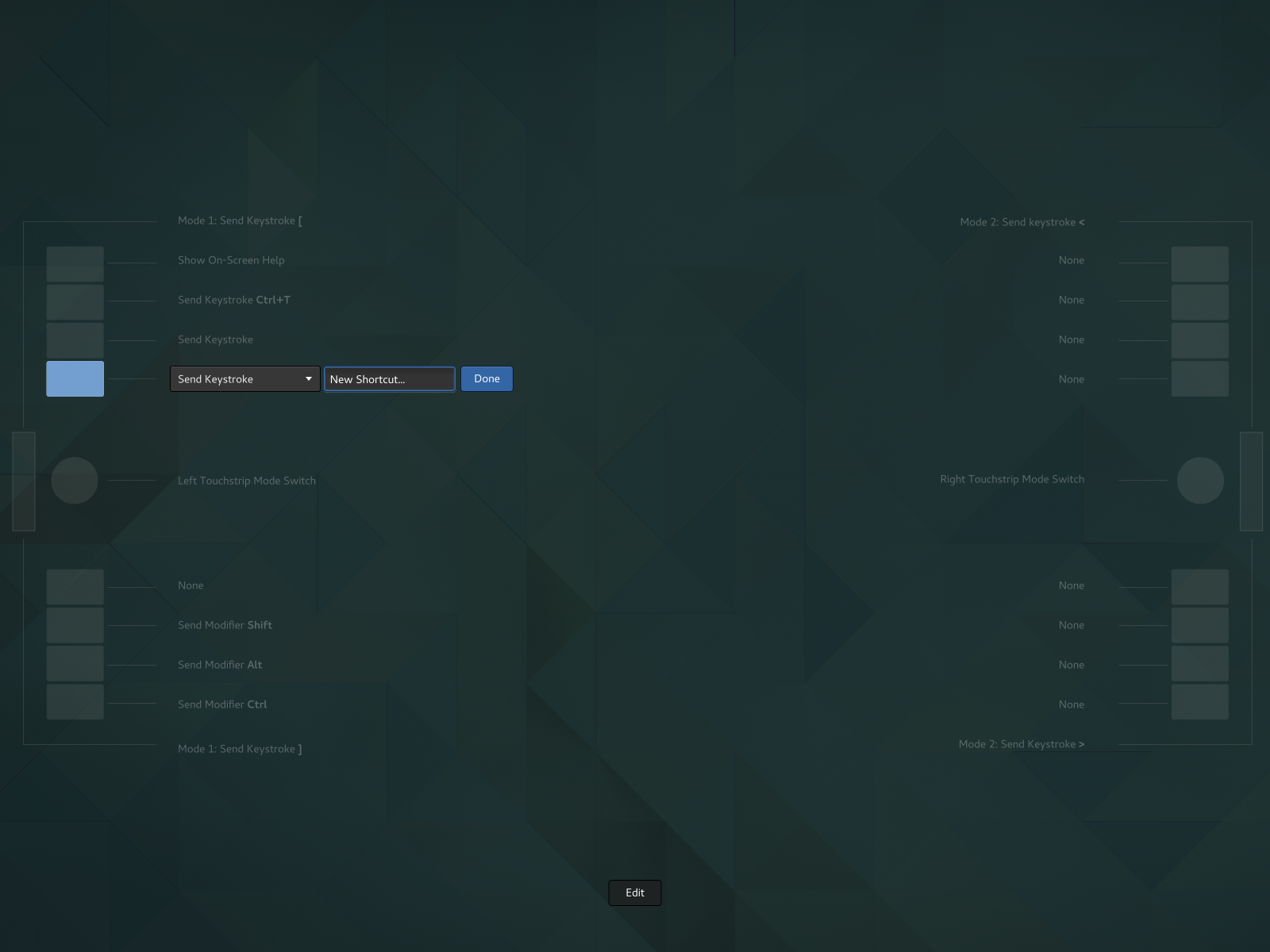 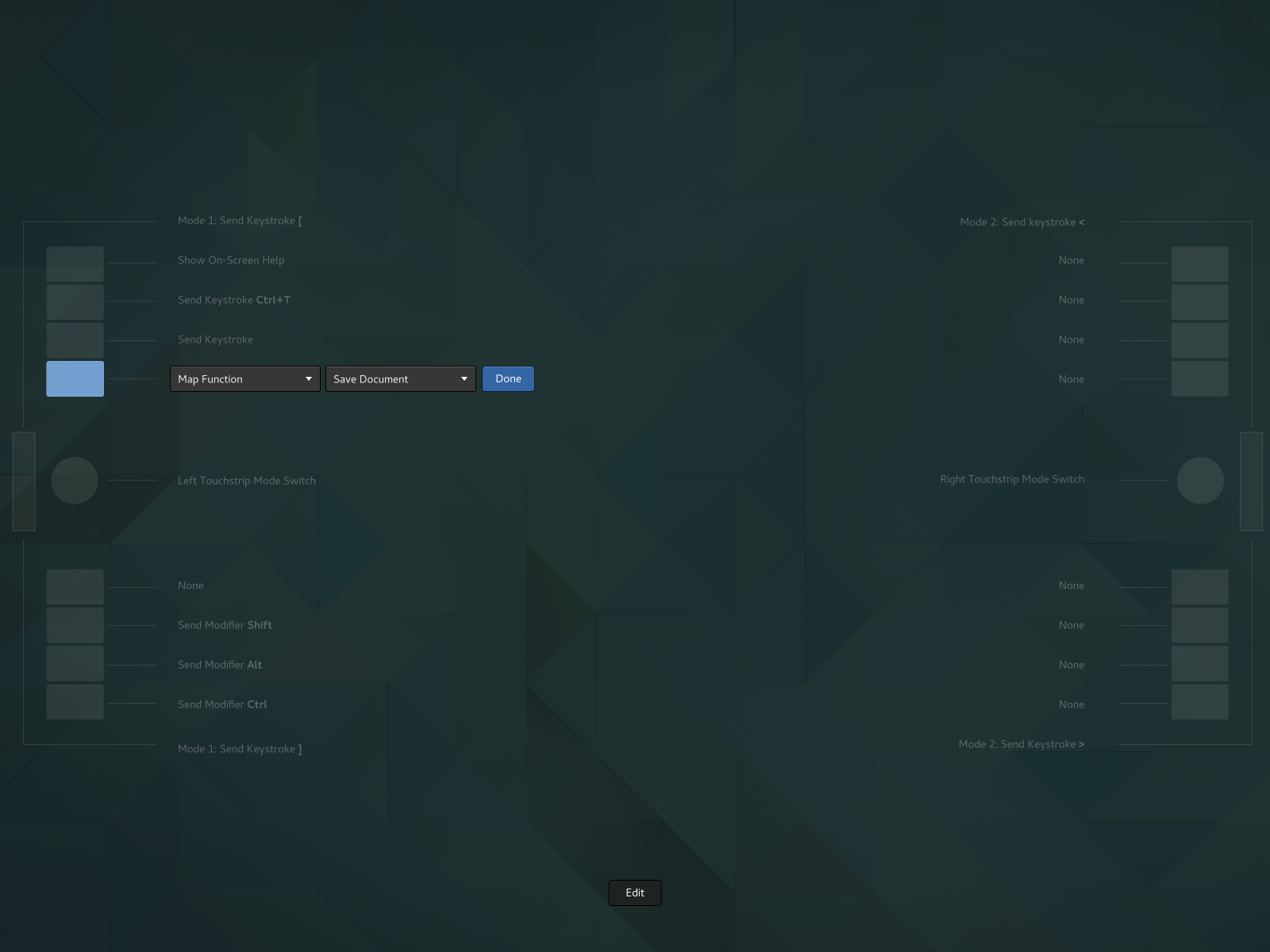 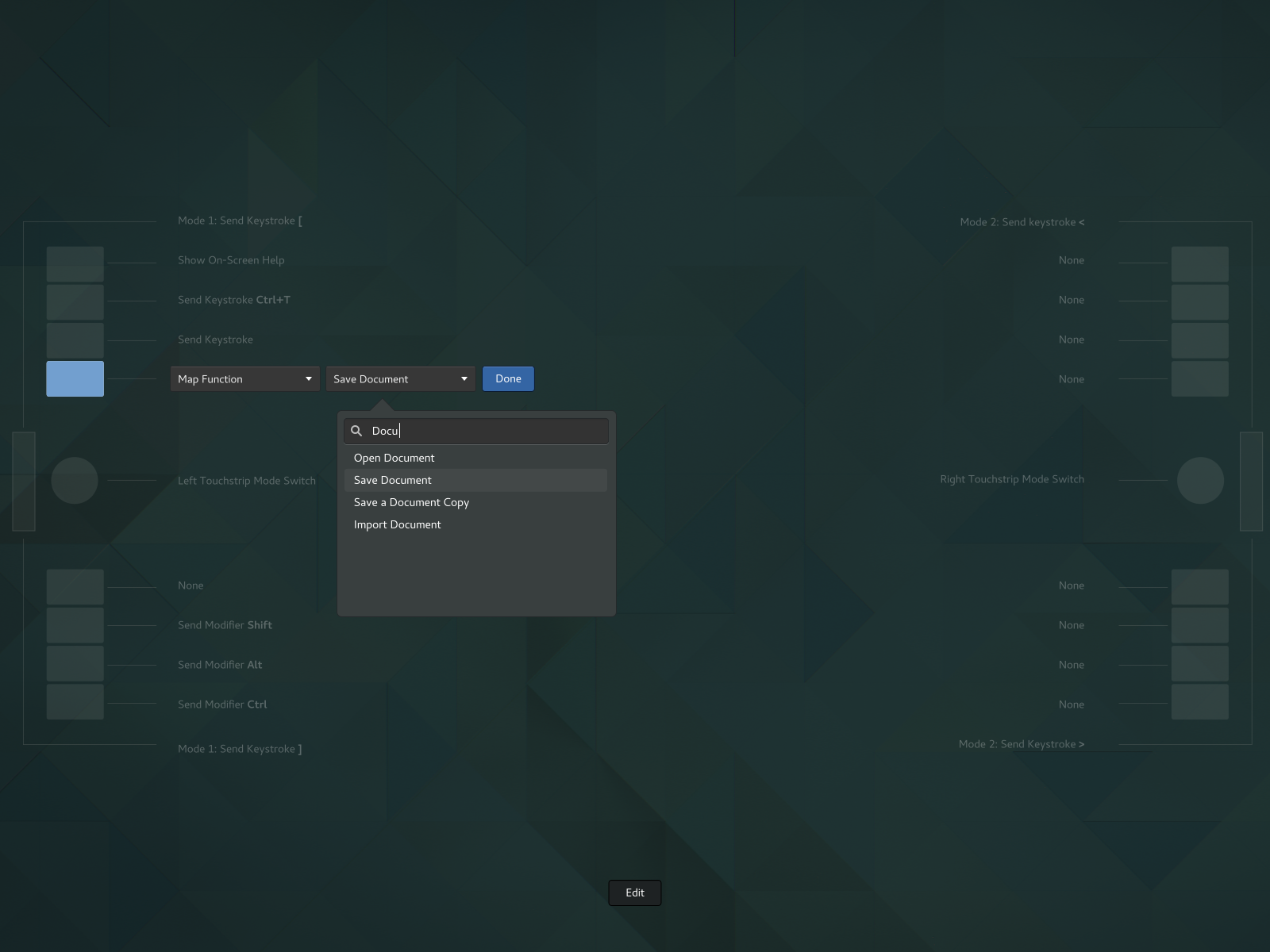 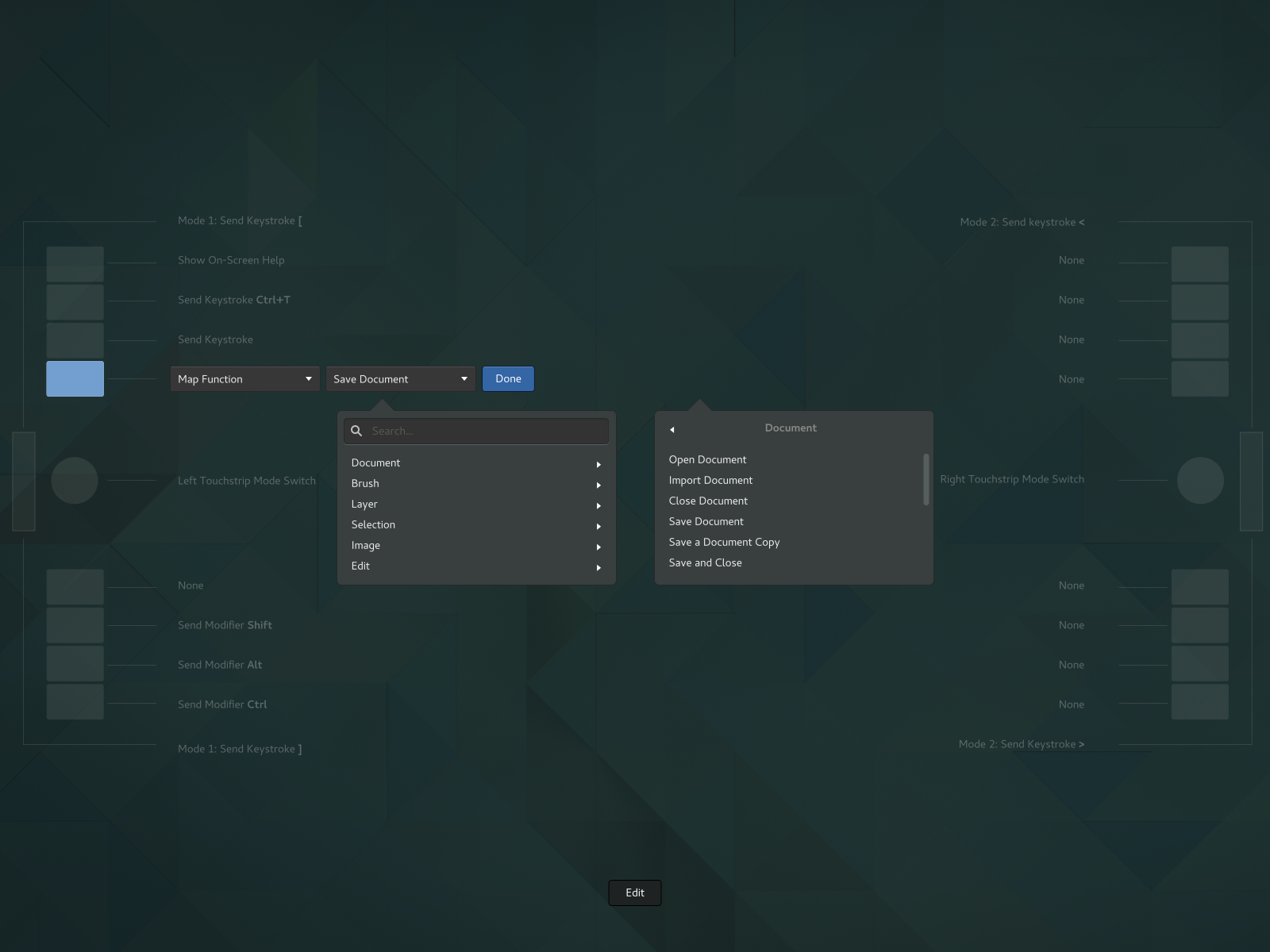 Applications should expose a similar property adjustments in multiple ways:

In the assignment UI, only appropriate mapping functions are shown (rest is filtered out).

If an absolute device is captured (knob) only the absolute 'set brush opacity' is shown. If a relative slider is captured, only 'increase'/'decrease' functions are shown. FIXME: Captured buttons to show specific absolute value assignments.