Configuration options for gamepad and joystick devices, used especially in various games. Through this panel users can remap device buttons and axes as wished, along with calibrating these devices. 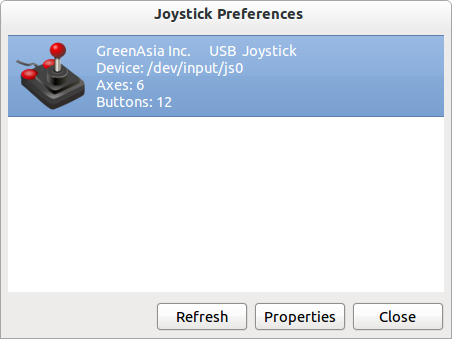 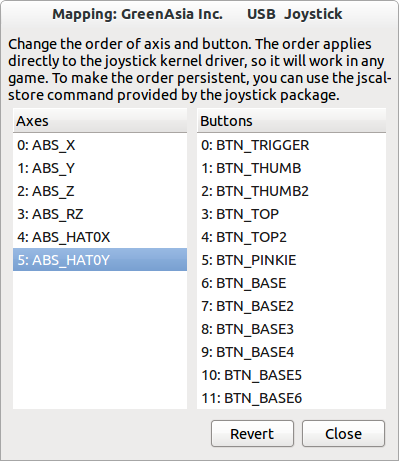 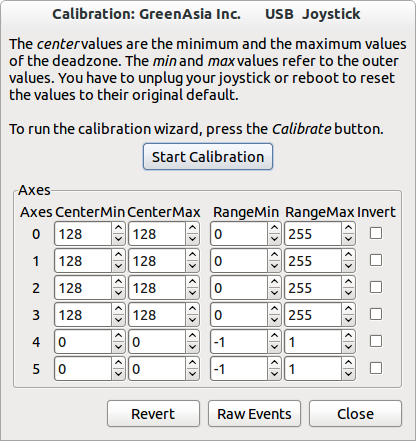 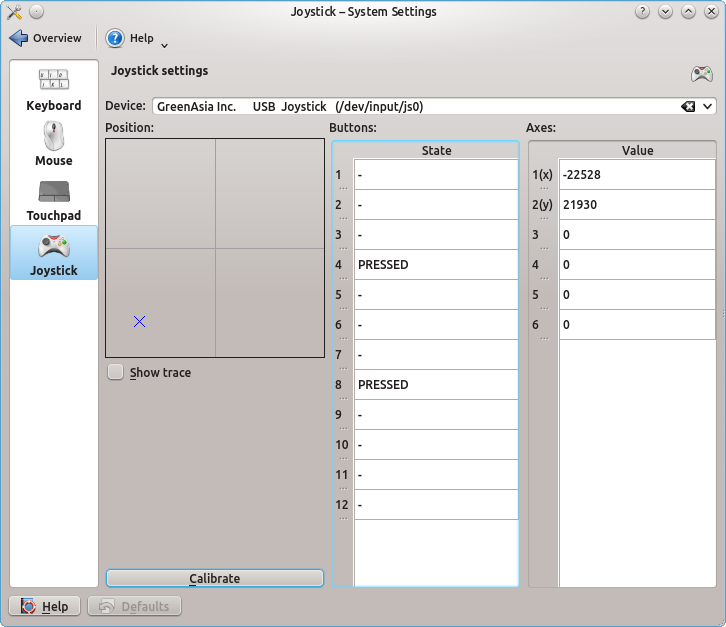 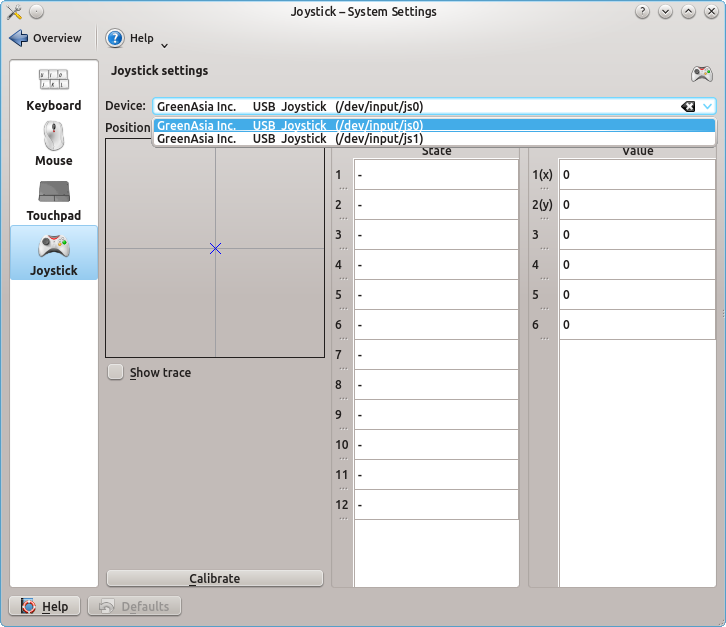 Calibration wizard - introduction, one of the calibration steps and finishing message 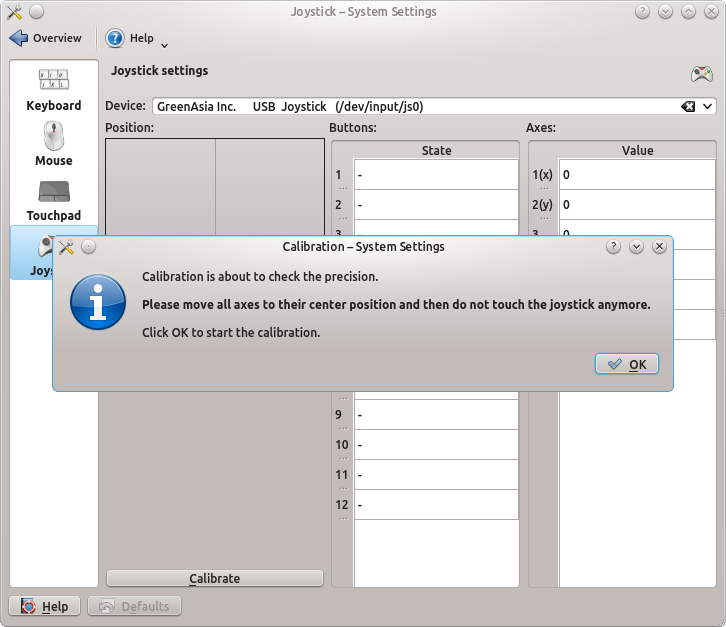 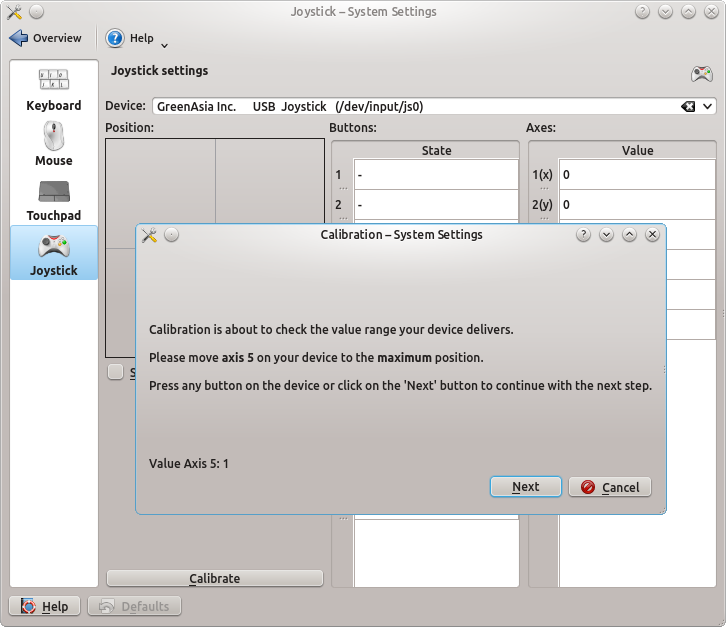 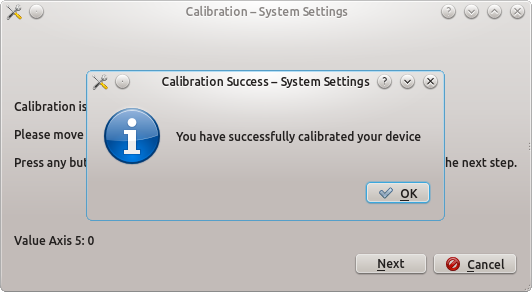 While the proposal title implies configuration would be only possible for gamepads, the attempted approach to configuration also applies to joysticks. Perhaps a name like 'Gaming devices' would suit the panel better.

Other non-standard devices like Wii Remote could also be configurable through this panel, though this specific device currently isn't supported well in GNOME (connecting-wise) and is badly supported through udev (the preferred way of accessing devices for this panel) as well.

Different devices can have a different layout of axes and buttons. There is also an obvious difference in device look between gamepads and joysticks and any other non-standard devices. This makes it impossible to provide a unified configuration layout through which real-time interaction with the device could be visible in a way that would not confuse the user (for instance providing a generic display for every axis and button on the device).

It's because of this limitation that the manual buttons and axes mapping configuration should be avoided. It is a process that should be avoided by providing a list of supported devices with each being assigned both axes and buttons mapping that was tested and confirmed to work. That way the users do not have to go through a process that would each time (for each user) result in the same mappings. The manual configuration process would also be probably quite complicated and time-consuming, which is another reason to avoid it completely.

An exception to this is the axis calibration. There may be advanced users who would want to specify specific values to the axes' deadzones and range values so they could get the most out of their devices.

The goal of axis calibration process is to establish the working region of an axis based on its extremal positions and specific center deadzone values.

The user is presented with the list of axes, with each axis having a presentation of it's current value that's updated in real-time. This way the user can modify the axis range and deadzone values and have those values applied immediately so the feedback is also immediate and evident from the current value presentation.

Presented along with the details of the unsupported device is a link that upon clicking stores the 'request for support' somewhere on the Web. The request would only contain the device information (USB ID, buttons and axes count, buttons and axes mapping) from which the correct mappings could be established and used to mark the device as supported with proper mappings assigned to it.

Auto-sending this information when the user connects an unrecognized device is not appropriate from the point of user privacy.