First of all we would like to thank the 1000+ people that took the survey in the margin of one week and thus contributed for a better gnome. I (Anton) would like to thanks the others from Gnome Usability team too about their response and advices regarding the questions asked. I have tried to present the results as better as possible by using Open Source tools and the online services of Google Docs. You can view a summary for each question as well as some thoughts at the end of the Summary Data Chapter.

All the information and multimedia is licensed under the Creative Commons 3.0 License.

Note: Numbers that are bold show how many people have answered.

Which Country Are You From (more detail)? 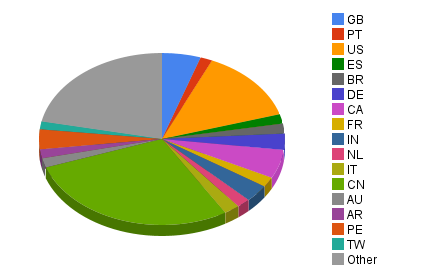 What Is your Native Language (more detail)? 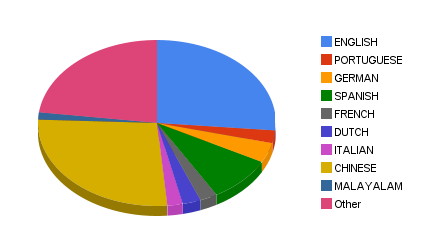 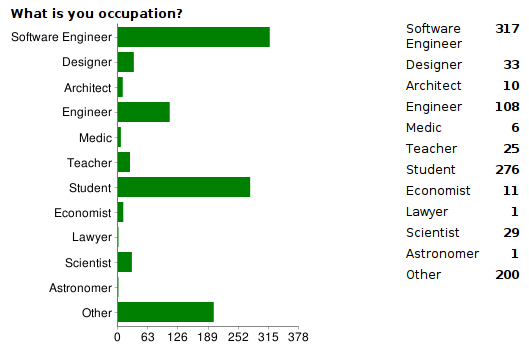 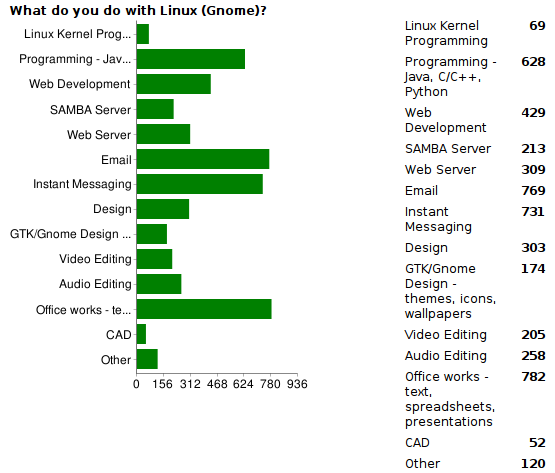 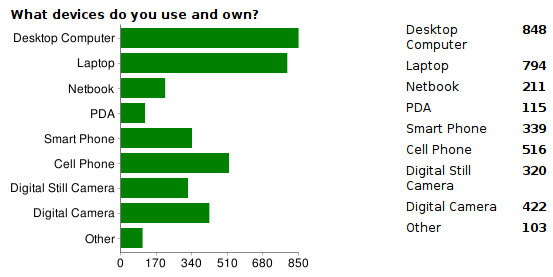 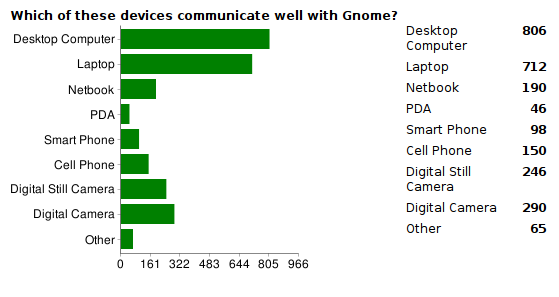 These comments are not formatted or corrected in any way and may contain errors or uncensored expressions.

Most of the survey results are not so unpredictable but it's purpose was to see what are the common feelings about some topics concerning Gnome's usability and is it worth further investigating and implementation. The huge amount of people that took the survey is a key sign that there is change needed and that it should happen for the first 3.0 release or at least an indication of a change should be visible. That is further supported by the many free text comments that exactly describe the needs of the people and what the development directions should be.

As you can see for yourself most of the question charts reveal useful data:

The raw data is available in open spreadsheet format 'ods' only. The file you can download here does not contain any personal sensitive information about people that took the survey (emails are removed). This file is provided for the purposes of further statistical analysis and research.

There are 32 attachment(s) stored for this page.