GtkPlacesSidebar is a new widget in Gtk+ 3.9, which enables more consistent look and behavior between file chooser and file manager.

This may be a good oportunity for revisiting the structure and layout of the sidebar, with the needs of both Files and GtkFileChooser in mind.

The ideas below have taken inspiration from existing designs, and the proposed changes get the sidebar a little closer to them:

Alternative 2b. Remove all section headings

Proof of concept on the left, nautilus 3.8 on the right. 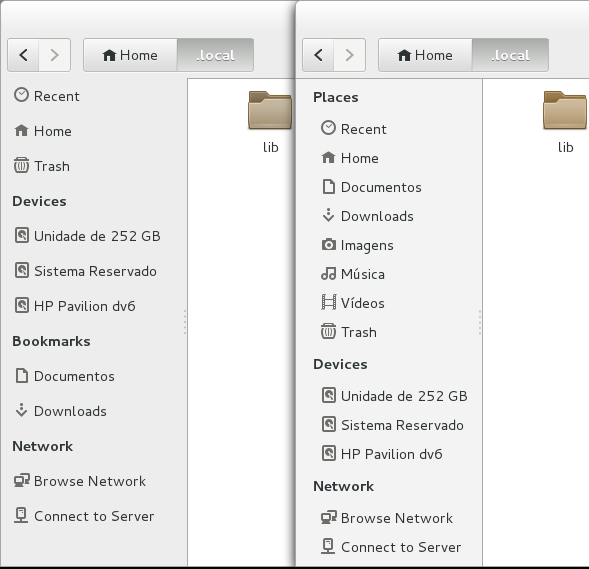 In spite of the increased vertical padding, it ended up shorter thanks to the cuts.

The screenshot also shows a theming experiment, blending the sidebar with the toolbar. Not sure about it.

The headings feels a bit heavy. Should they be given the the same color as the icons?