Retro games can have snapshots, allowing to go back to a previous state of the game. This has to be treated carefully as it affects in-game saves too. 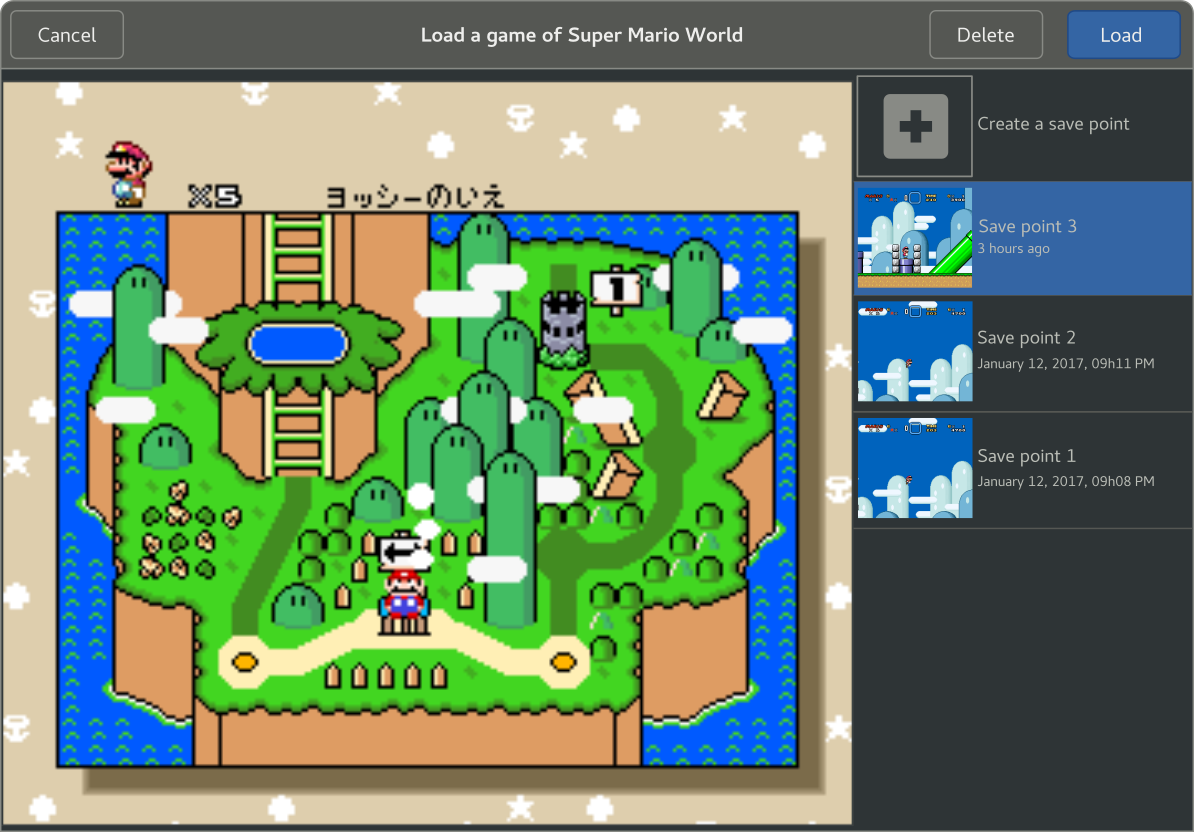