Text entry with a touch screen or pointer. Can be floating or fixed to the bottom screen edge. Can also be resized. And there's a "inking" hand writing mode. You can show a button in the task bar to manually raise the keyboard. 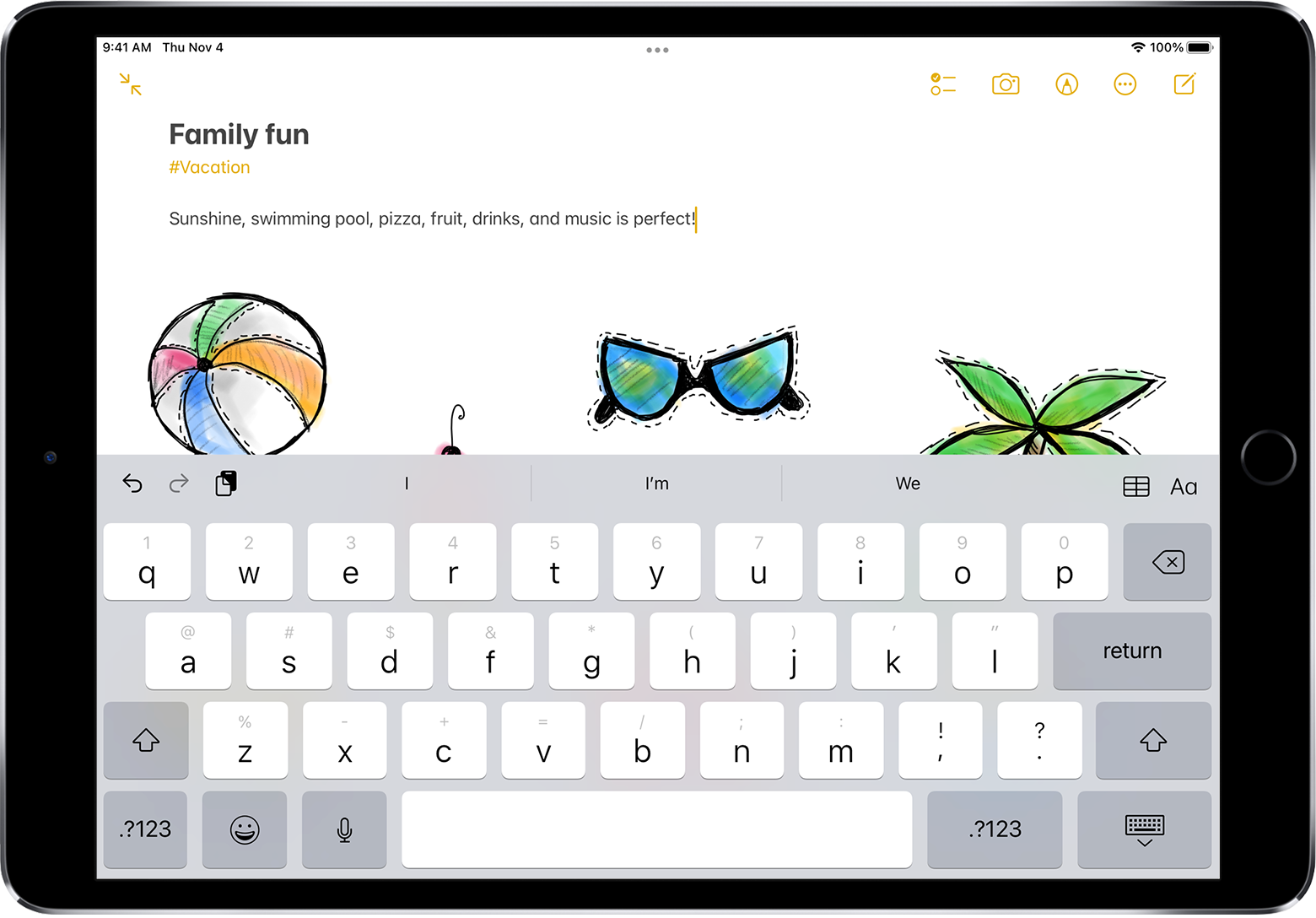 Can be shrunk down to a floating mode (done with two-finger pinch): 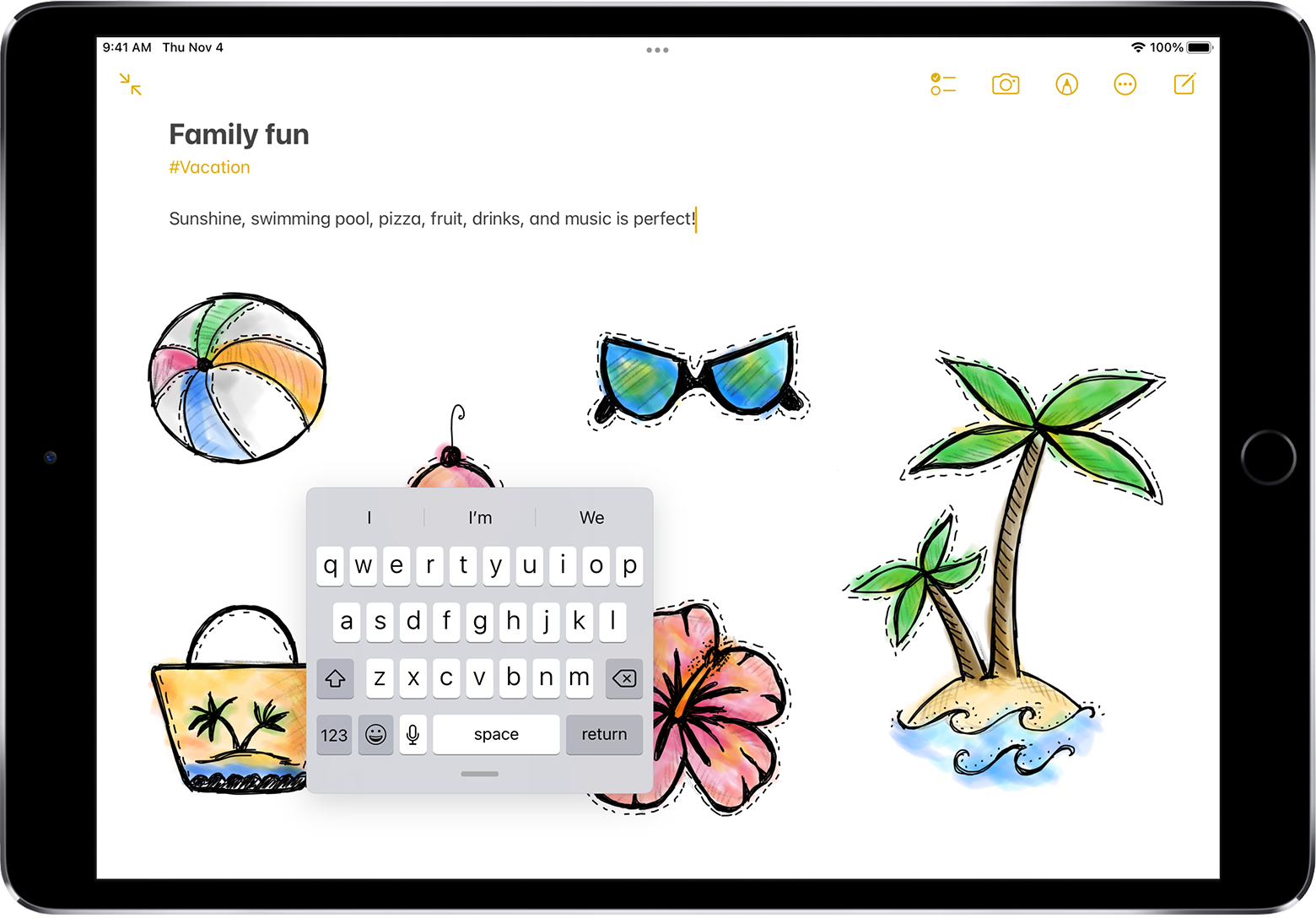 Has a floating mode: Yet to find evidence of there being a way to show more keys than this. Key to the left of space is determined by type of text being entered: 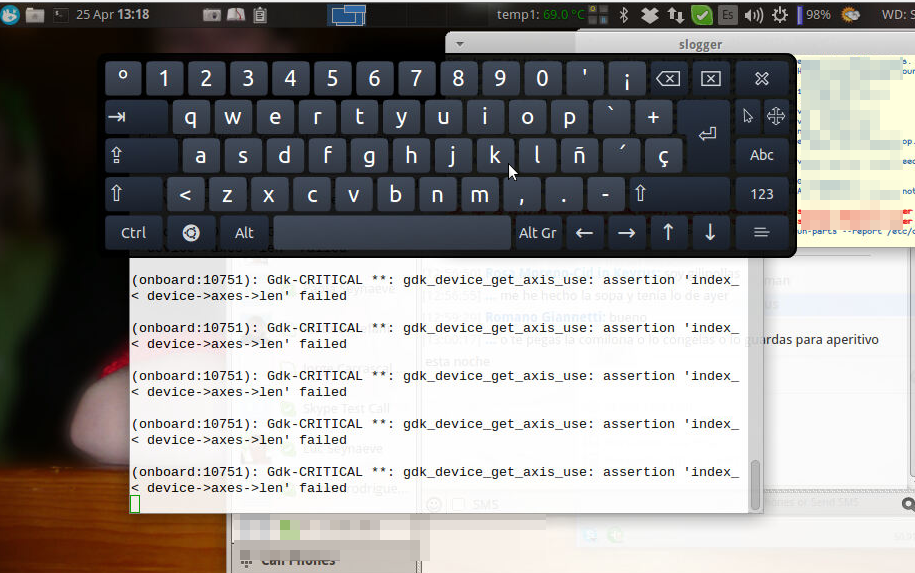 Ubuntu uses Onboard for its on-screen keyboard. Onboard is intended as an assistive technology, to be used in combination with a pointing device, rather than for use via a touchscreen.

Onboard also allows creating text snippets which can be inserted.

The OSK should integrate with GNOME Shell in appearance and behavior.

What is the relationship to language Input Methods?

Potential accessibility applications of an OSK include:

For 1, the standard OSK can be used in conjunction with a pointing device.

For 2, the standard OSK is insufficient. Additional required features:

When the OSK is displayed, the view should be shifted in order to keep the text cursor visible.

OSK layout should follow the configured input sources (in the Region & Language settings panel). When an OSK layout isn't available for an input source, we fall back to the closest one that is (eg. show the OSK layout with the same locale as the input source).

Applications should be able to indicate what type of text is going to be entered. It should also be possible to specify whether emoji are wanted, and what the return key should do.