Needs to be suitable for Files and the Open/Save File Dialog. 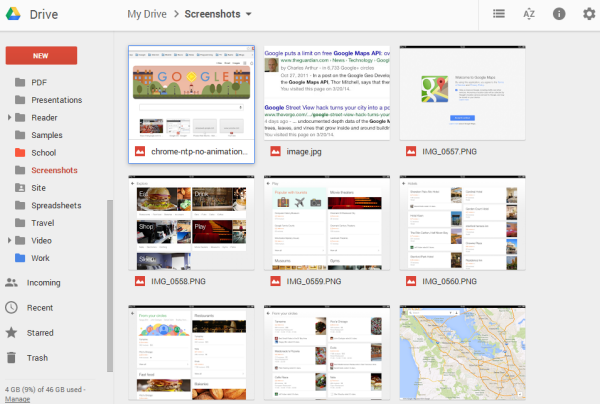 Current location acts as a menu, containing items such as New Folder, Share, Star, Move To and Rename.

Each arrow acts as a menu. 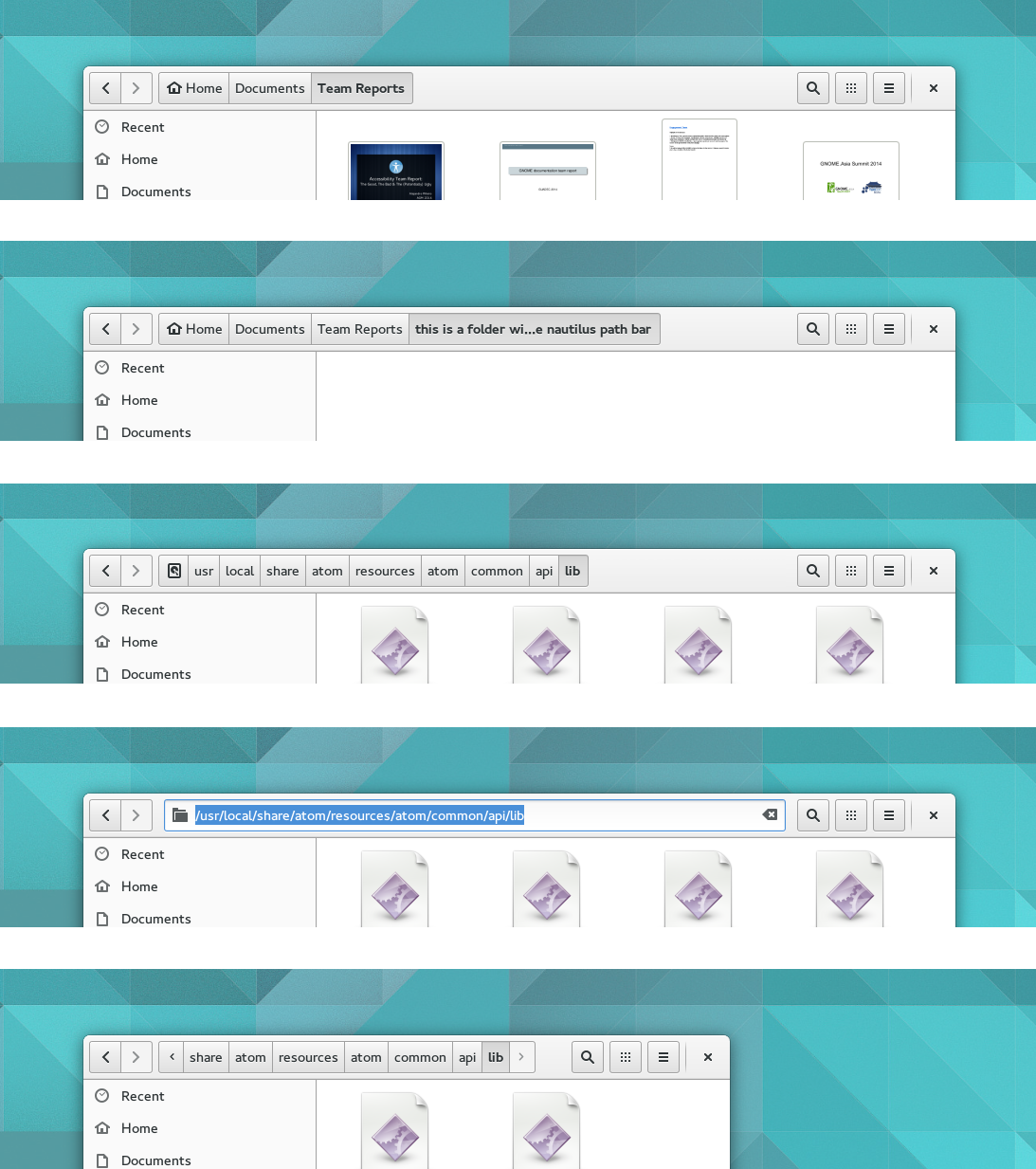 The file chooser path bar is identical, except for the following:

When the current location is in the sidebar, the breadcrumb isn't needed. Possibilities here:

These two possible approaches could be combined (although they wouldn't have to be). It would result in shorter paths, and a lack of duplication in the UI. At the same time, it would also mean that the breadcrumb wouldn't be a stable UI element.

gregknicholson: Anecdotally, I've seen confusion arise when the selected crumb is not the deepest. The user believed they were still at the deepest crumb and asked “How do I get rid of those [deepest crumbs]?”

I think the idea under "Crumb Menus" isn't good, because what is if the dictionary has more than 20 entrys? --MaxMuster

I like these ideas, but I think it is very important to show that the user can edit the path manually. The current UI suggests that the folders are merely buttons, and cannot be edited. I like the way Windows 7 handles this, if you have ever seen its file manager. --UnsolvedCypher

Disclaimer: I love the GNOME's way of thinking UI and UX, so please consider the suggestion as it should be: by a concerned and advanced GNOME 3 loving user.