This is work in progress content for the next version of the GNOME HIG.

A secondary toolbar that is attached to a list. The toolbar contains controls (primarily buttons) that act on selected items in the list. 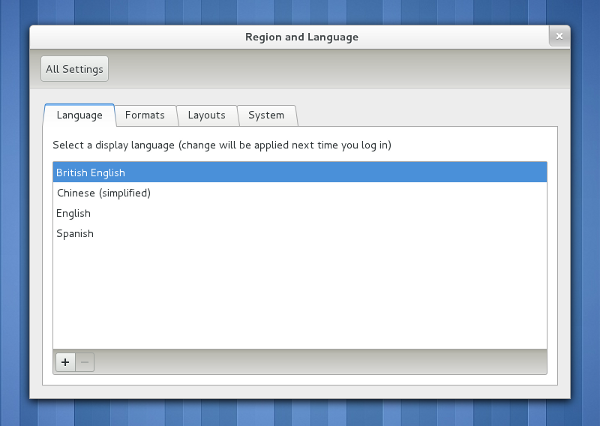 Inline toolbars are the recommended design pattern for lists that have editable content. One common pattern is to use buttons in the toolbar for add and remove actions.

In some cases, it may be more appropriate to site controls for list items in the list row itself. If controls will only operate on some list items, having them alongside that item will indicate which items can be acted upon, for example. Likewise, if controls are intended to indicate state (such as switches), having them in each row could give the user a useful overview.