A simple break timer application, largely designed to replace the keyboard break functionality that was removed from GNOME Control Center prior to 3.0. (See https://bugzilla.gnome.org/show_bug.cgi?id=635174)

The primary role of this application is to allow people who suffer from repetitive strain injury (or carpel tunnel syndrome) and similar symptoms to schedule breaks within which they do not use the computer. 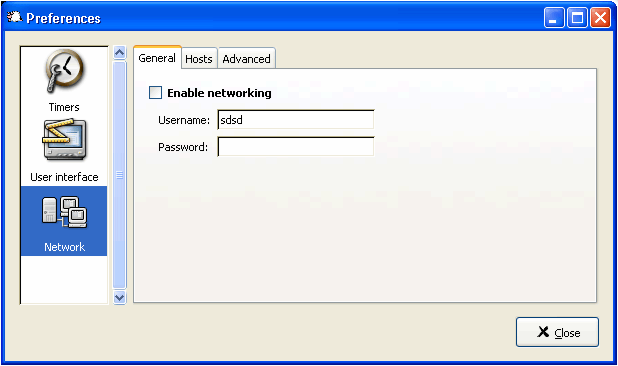 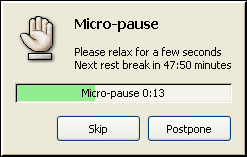 The previous keyboard break functionality was rather brutal in forcing the user to stop using the machine. We need something that isn't as rude.

Work rave is rather complex. We want something GNOMEy.

What is the scope of the breaks that we are providing? Possibilities:

The old typing break implementation didn't blank the screen but laid a semitransparent layer on top of it instead. I think this is preferable, because it allows the user to continue reading an open document or webpage while taking the hands from the keyboard and mouse. -- ReinoutVanSchouwen

I remember a colleague at work some years ago had a monitor that showed neck and back excercises when there was a screen sleep (or something, don't remember exactly when they were shown). Maybe we want to show something similar on the blank screen that is shown during the work break? -- RodrigoMoya