We want a way to easily share design details between developers and designers. We want to stay up to date, share screenshots, integrate with IRC and/or mailing lists. We are building Design Hub. The idea for Design Hub was developed in part at the 2010 GNOME UX Hackfest in London. 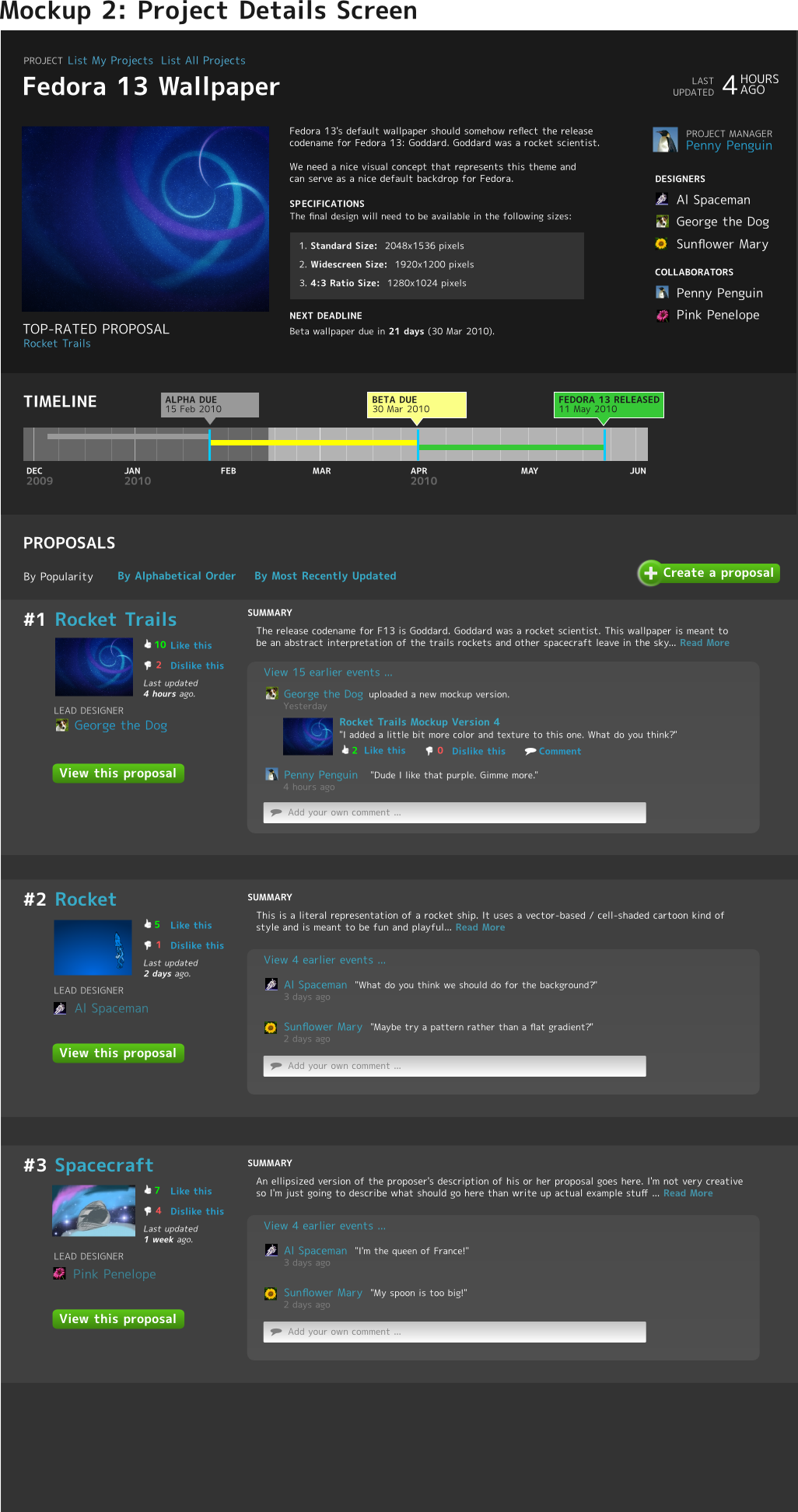 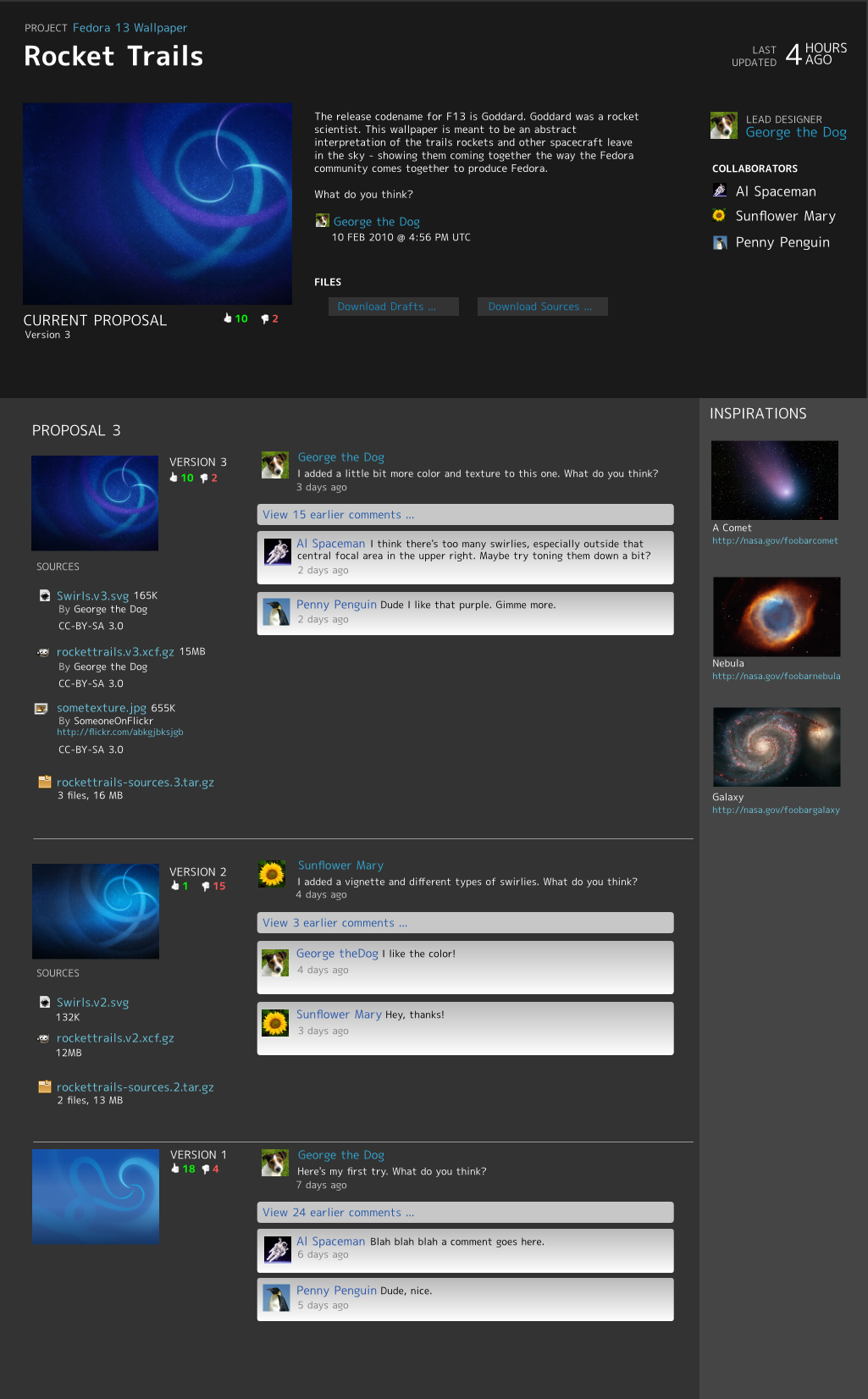 Simple communication between developer and designer. Mailing lists to difficult to keep up with, IM to ephemeral, etc.

Both designers and developers need sources for mockups, not just renderings.

Let designers stay updated on what other designers are doing. Give developers intuitive indication of the most recent mockup/design choice.

One cool idea – if I send a link to my mockup’s page in IRC, a bot sitting in a GNOME IRC channel will see the link and associate any comments about it automatically with that mockup and post the feedback from the IRC user right into the mockup’s page in the web app!