This project is unmaintained and has been archived. Information on this page might be outdated and links below might not work anymore.

What is Gnome Launch Box?

Launch Box is generally an application launcher. It's very influenced by Quicksilver for Mac OSX. It is written for the GNOME 2.10 or newer platform and depends on GTK+ 2.6 or newer, evolution-data-server 1.2 or newer and gnome-menus. These are currently hard dependencies but the plan is to split out the backends into different optional backends. Currently supported modules are:

Launch Box is the result of a Hackathon at Imendio in the weekend 8th-10th of January (of some years ago). The hackers participating where Anders Carlsson, Mikael Hallendal, Michael Natterer and Richard Hult.

Sven Herzberg took over the project around 2007-2008 and is now the leader. 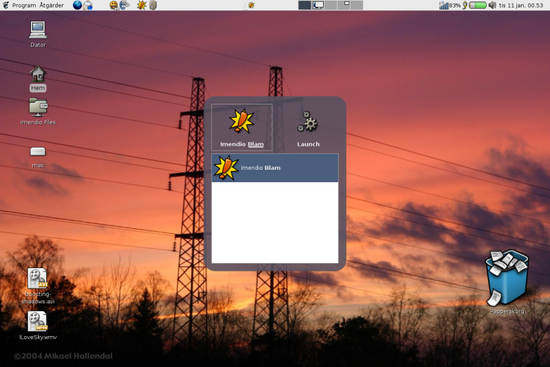 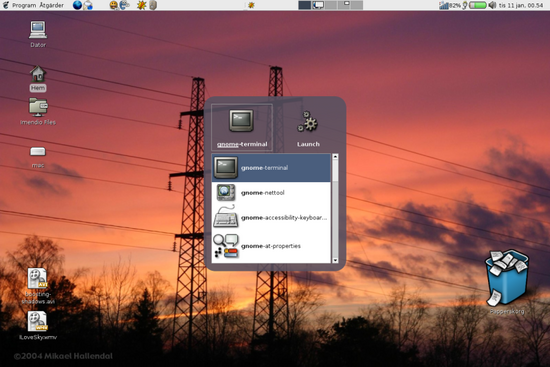 You can donwload last version of Gnome Launch Box from gnome ftp.

A good start is to read the GnomeLaunchBoxArchitecture document.

Report a bug, request a feature

It has a plugin infrastructure, so it is possible to add third party modules (a feature that was not supported by the original gnome-launch-box).

This fork was created just for fun but some more development is planned. With little effort, this app could be a full featured, high speed, low memory application launcher for LXDE or XFCE or other desktop environments that is using Gtk+.